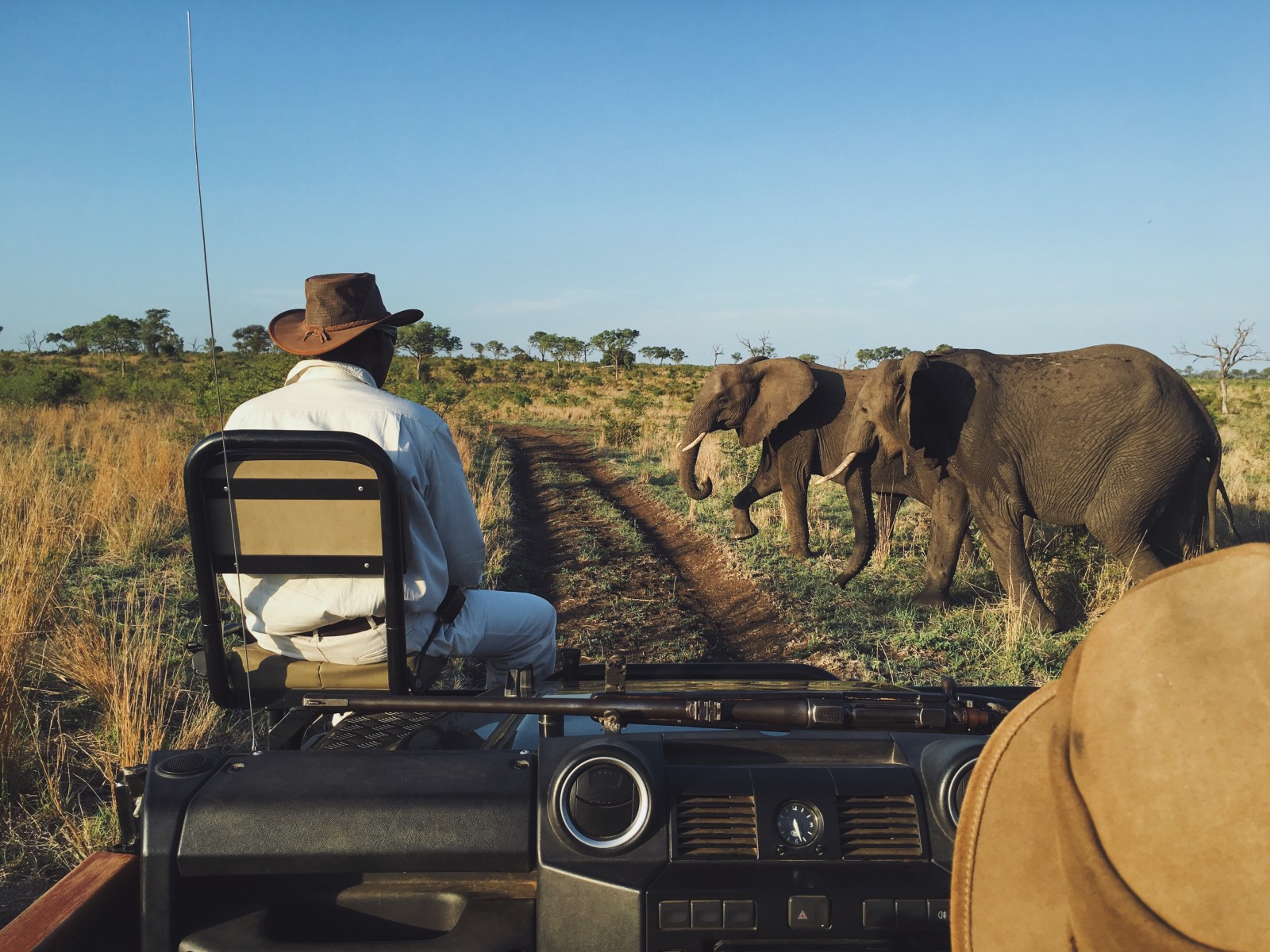 Last month I returned to Londolozi Game Reserve, where I went on my first safari in 2004. The three days I spent there reminded me of why Londolozi has such a fantastic reputation and constantly winds up on lists of the best safari lodges in the world. 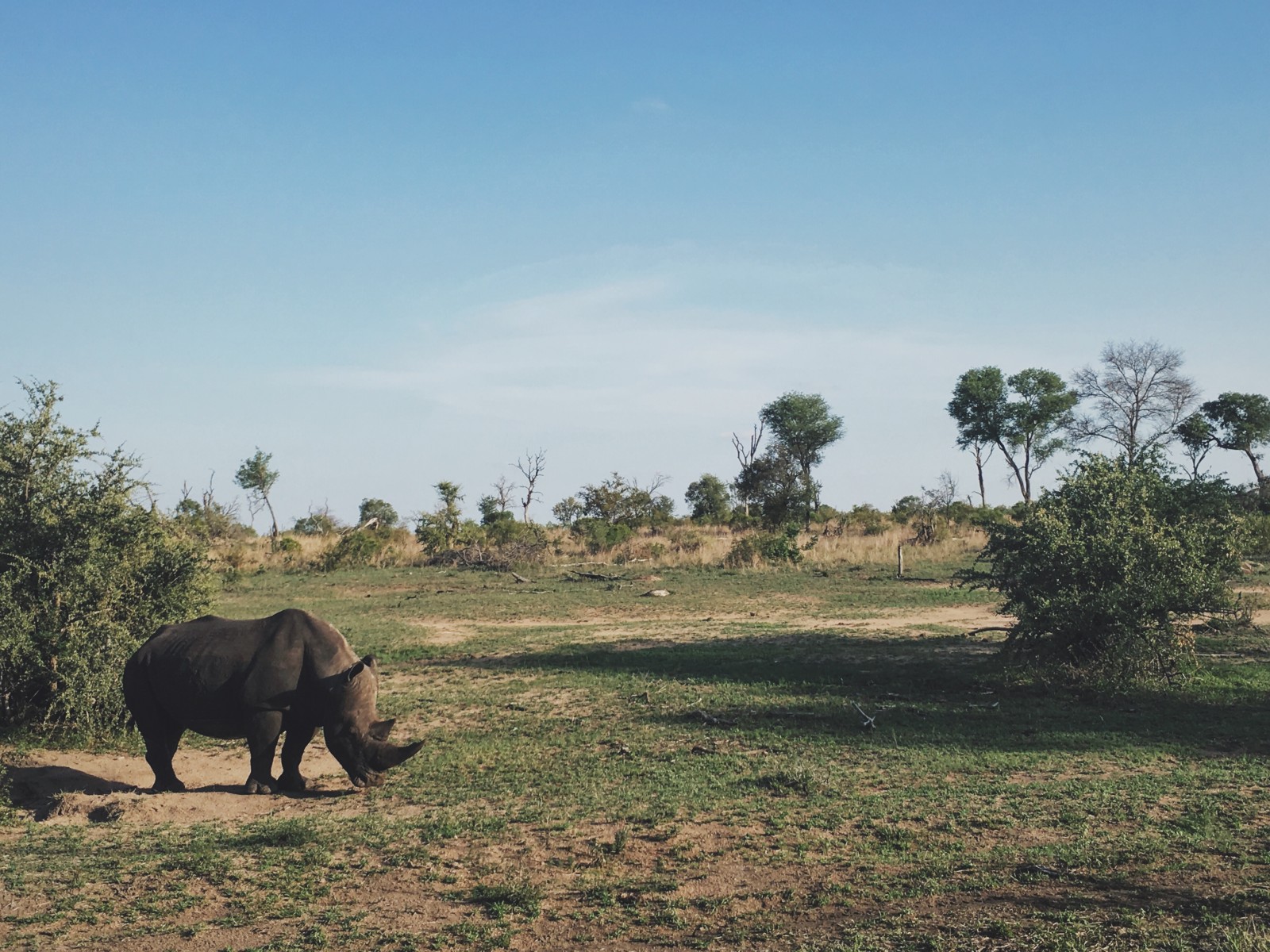 This time my husband and I stayed at Tree Camp, the newest of the camps at Londolozi and found the room far more luxurious than we needed it to be. We appreciated all the mod cons like AC and dual vanity sinks and the hot tub, but the point of safari is to go on the game drives and see the animals. Tree Camp was amazing, but I don’t think it’s necessary to get the fanciest room at Londolozi. 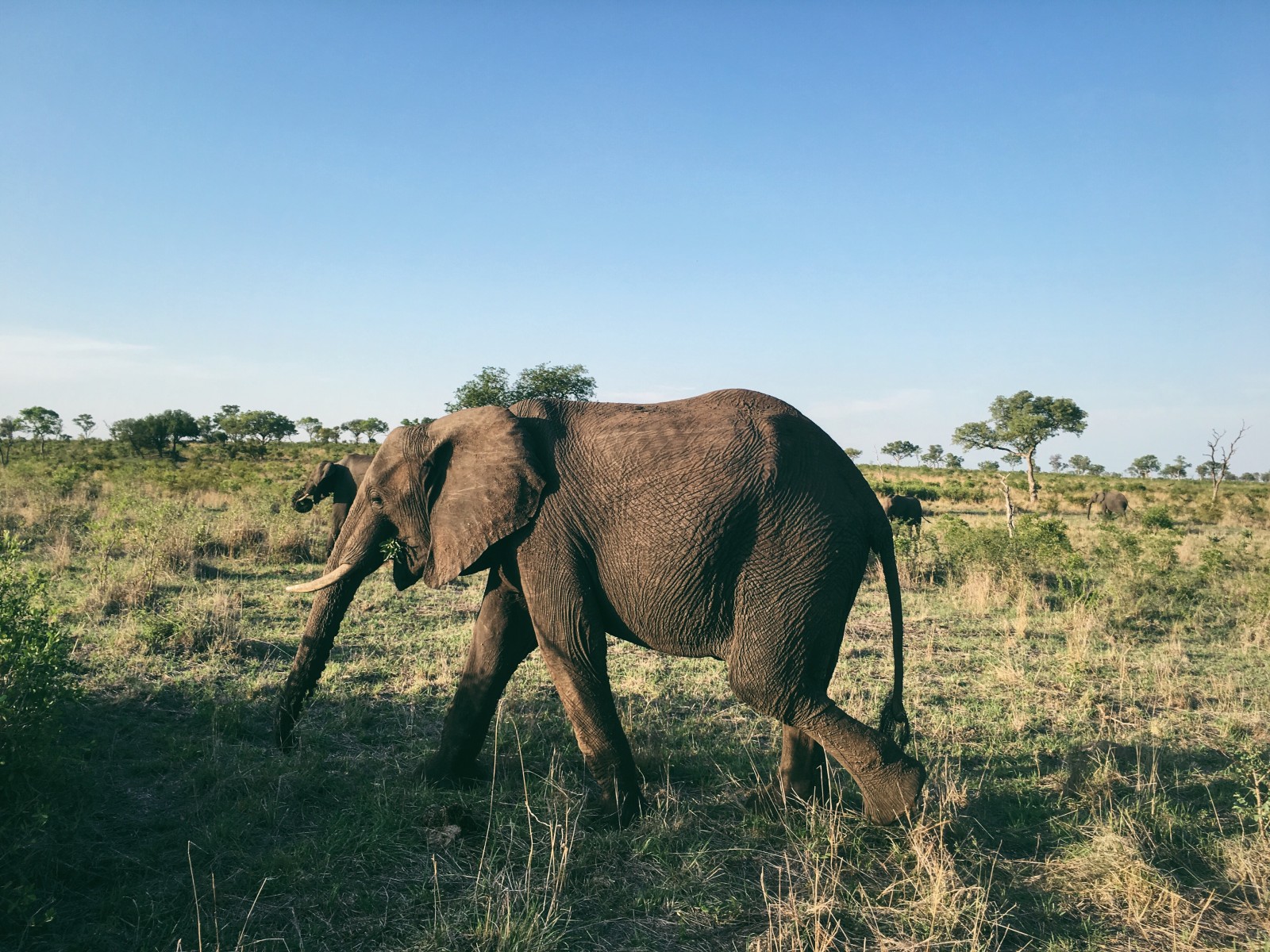 A casual encounter with an African elephant at Londolozi

We also paid for a private vehicle, so that we could go at our own pace and hang out with certain sightings as long as we wanted. If I had to pick one splurge, I’d pick the private vehicle over the largest room on safari. This gives you a more customized safari experience. 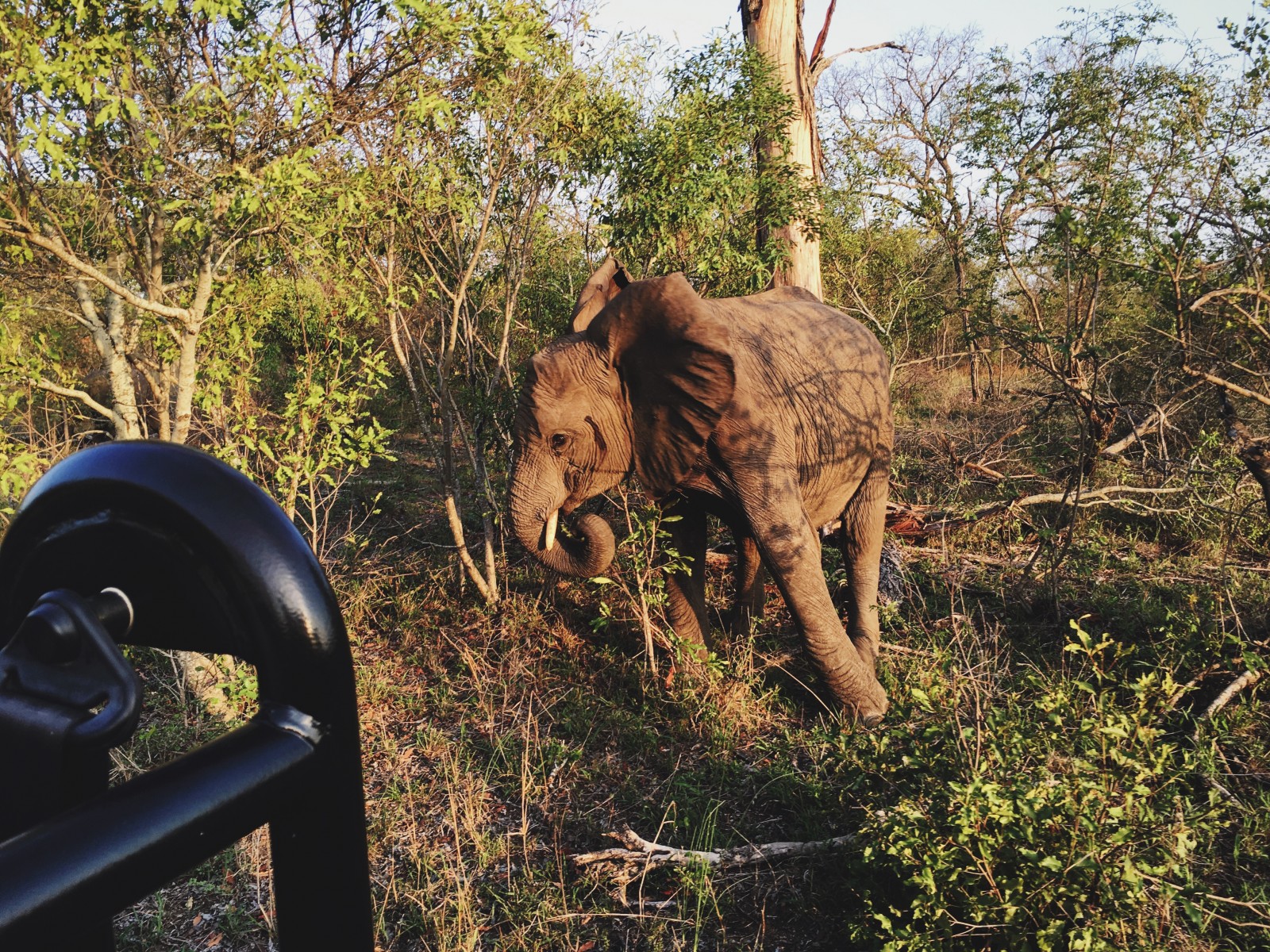 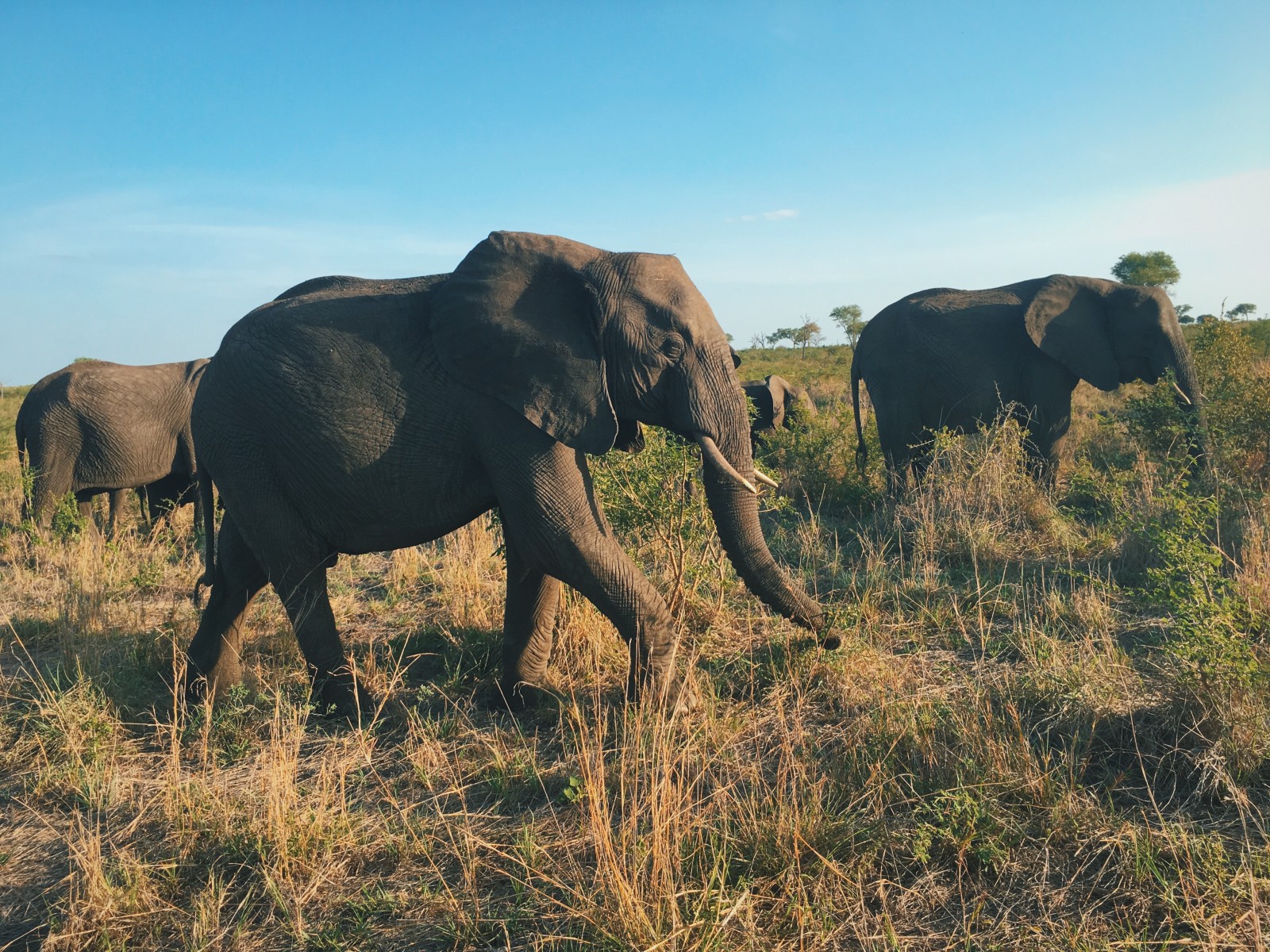 Elephants on an afternoon game drive

There have been some changes at Londolozi since I first visited, and they are great. I’ll dedicate a future post to Londolozi’s photographic studio, which rents Canon and Nikon compatible lenses. This makes Londolozi a top pick for travelers who want the best photographic safari experience. 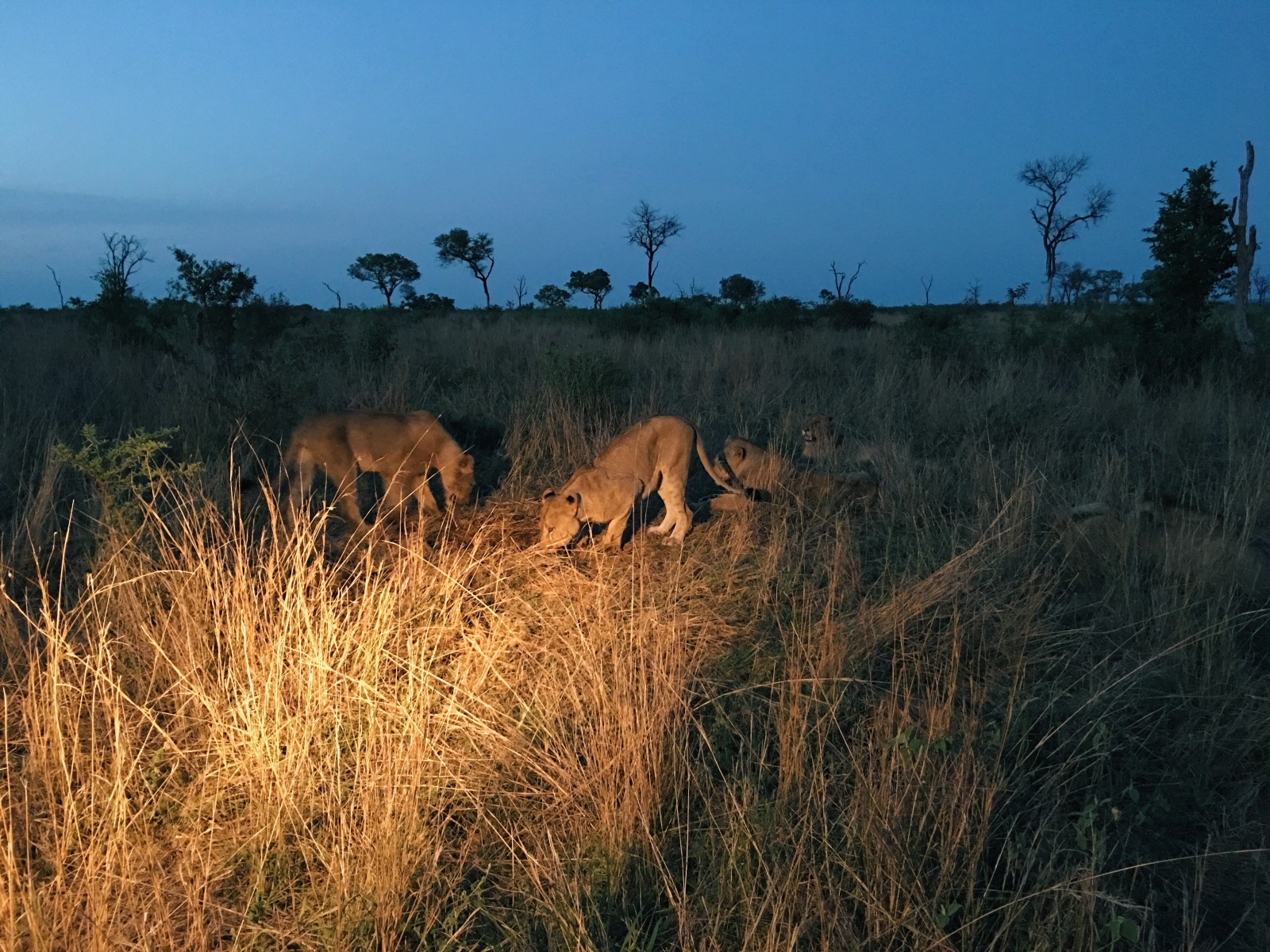 Pride of lions feeding on a wildebeest

Game drives at Londolozi last about three hours in the morning and another three in the afternoon. If you’ve never been on safari, six hours of game drives seems like a long time to spend in a vehicle. But the time flies on a game drive when you get to see such amazing wildlife activity up close. 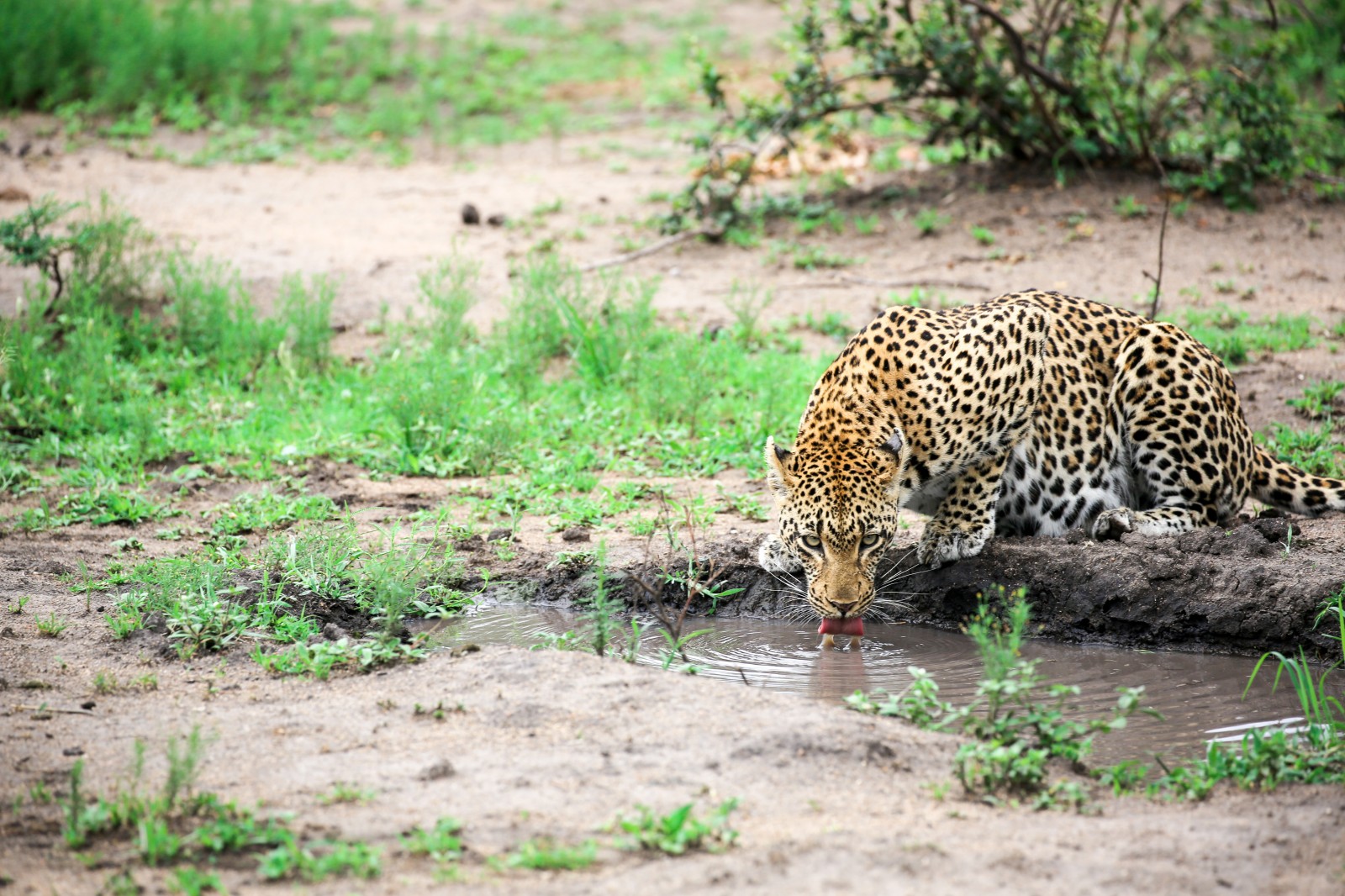 The elephants and leopards were my favorite animals to view. And I got up close with quite a few of them. 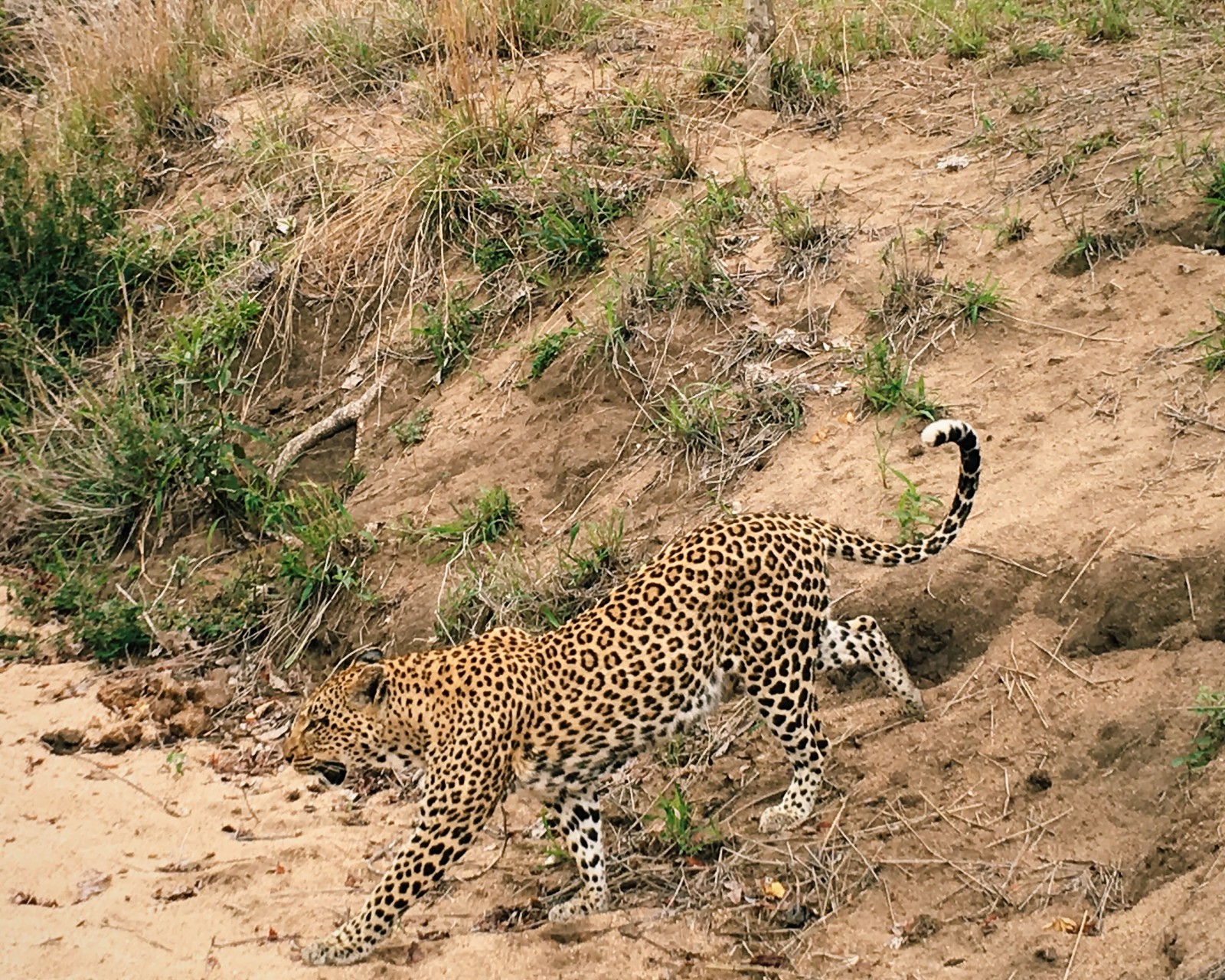 Londolozi is famous for the leopards

One of the highlights of any safari at Londolozi is the seeing the leopards. They are beautiful and amazing. 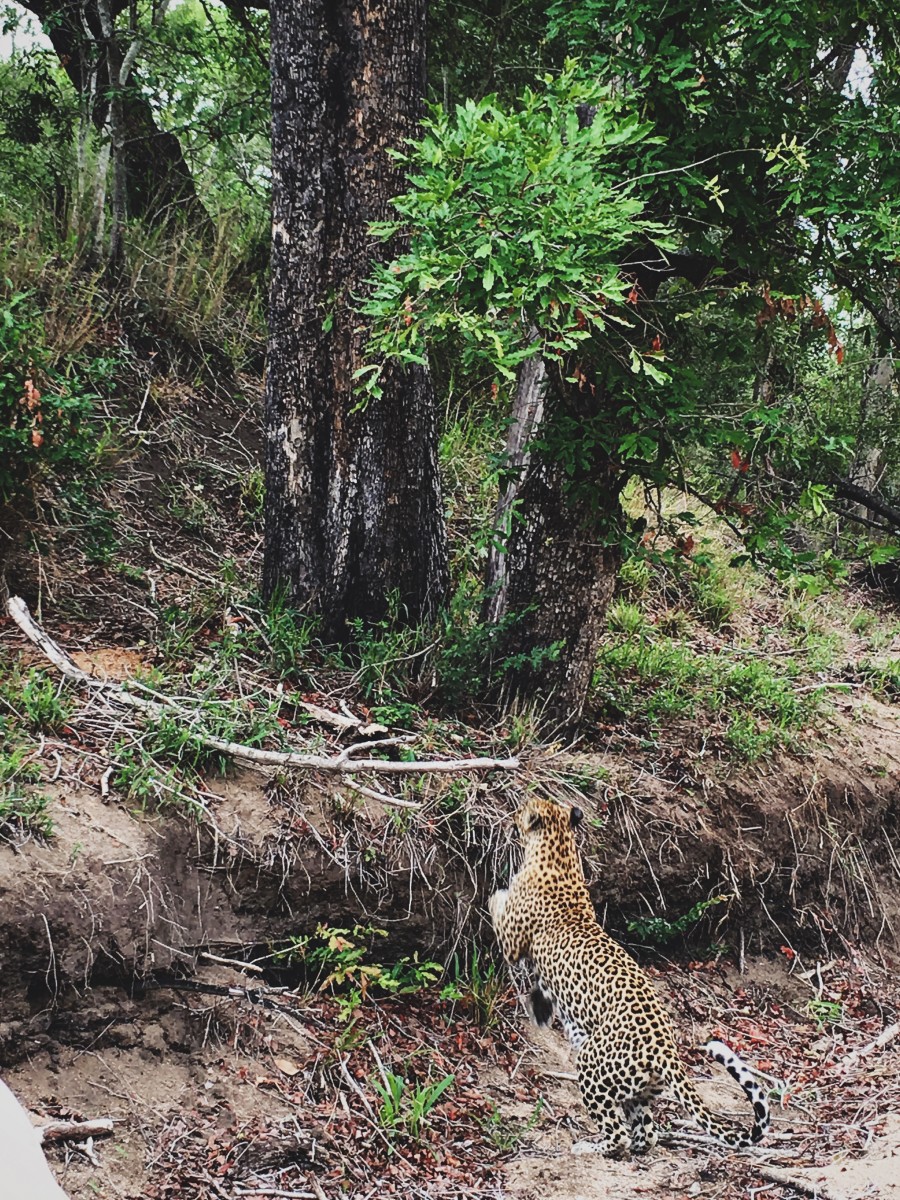 Following a leaping leopard on a game drive 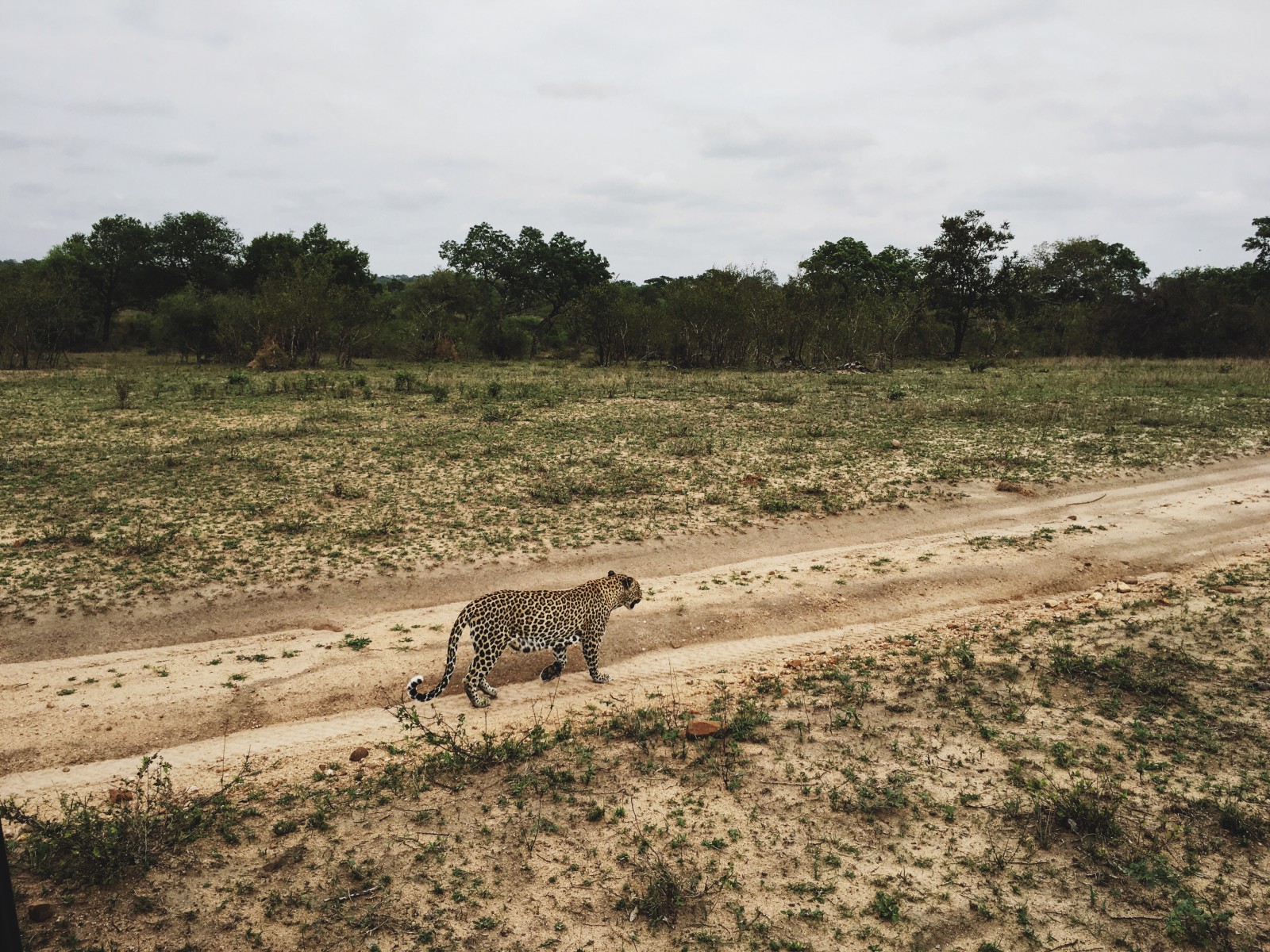 Leopard on the move at Londolozi 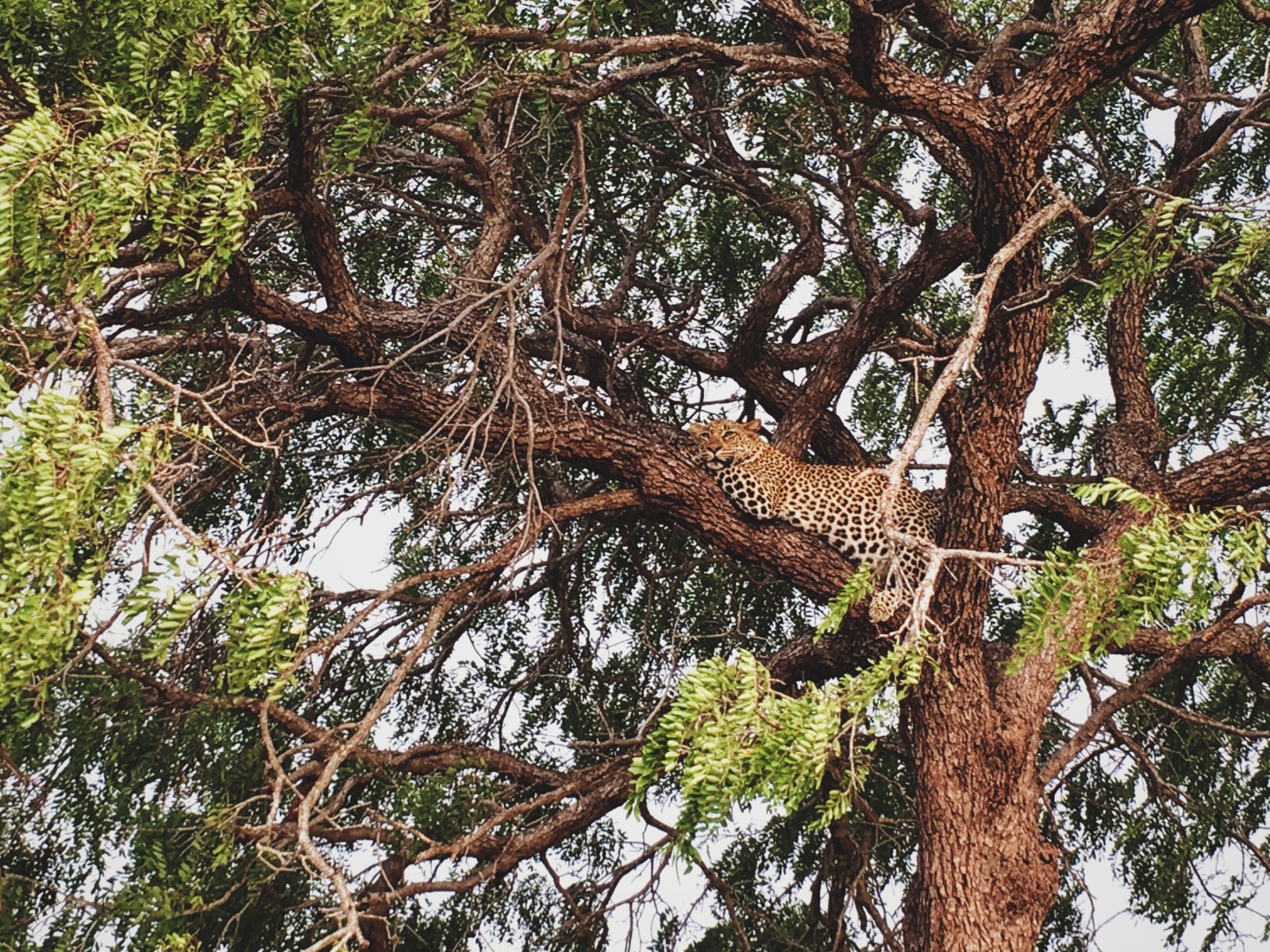 Leopard napping in a tree

Londolozi is located within South Africa’s Greater Kruger National park on the Sand River. This is also in the Sabi Sand Game Reserve. 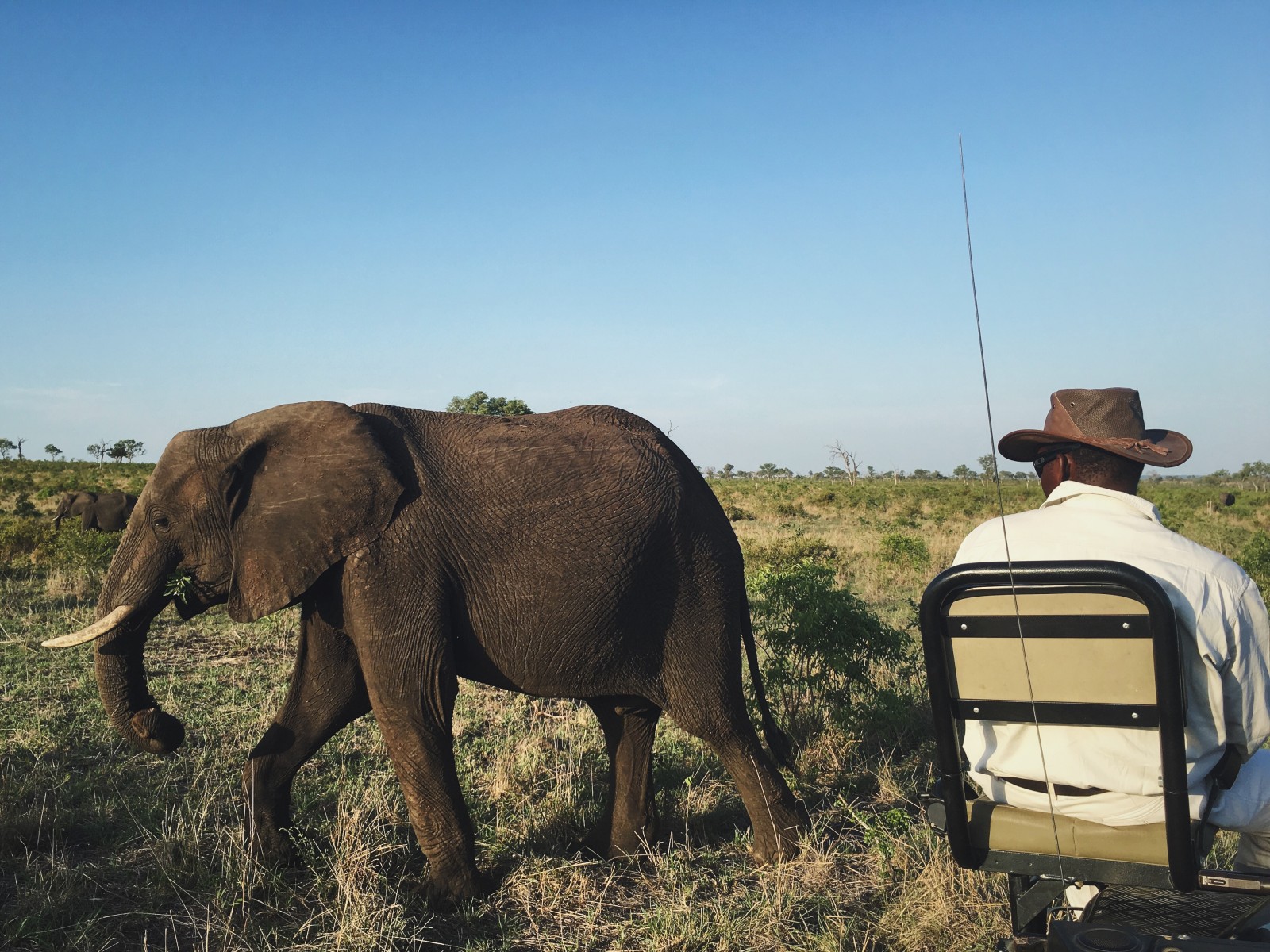 Up close with an elephant on a game drive at Londolozi

Exploring Bali, Indonesia: The Birds of the Blanco Renaissance Museum in Ubud

The Coolest Pool in Africa? Quite Possibly at the Four Seasons Safari Lodge, Tanzania

Scenes from a Day Trip to the Ngorongoro Crater Conservation Area, Tanzania

On Safari in Tanzania: The Great Migration in the Serengeti