Autostitch panorama of the Holocaust Memorial

I recently read an interview with Flea where the bassist talked about how much he enjoyed running in all the different cities he visited while on touring the globe with his band, The Red Hot Chili Peppers. At home in LA I’m a yoga and gym kind of girl, but I recently decided that I was going to borrow this habit from the rock star and modify it a little for my own purposes, and commit to taking a morning walk in every city I visit, and shoot some pictures along the way. It seemed like a lovely way to combine excercise with a little Berlin sightseeing. 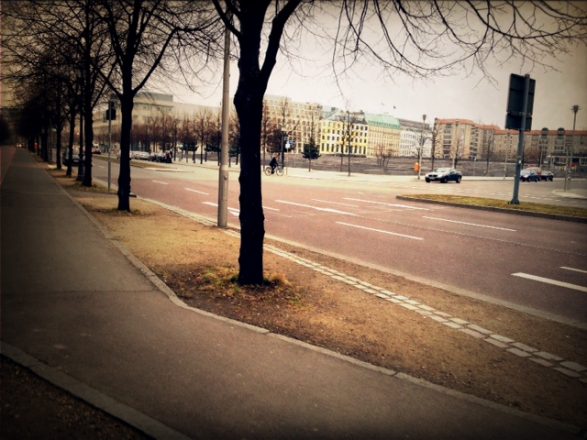 This morning I walked from my base camp at the Ritz-Carlton Berlin through the Tiergarten and then on to The Holocaust Memorial, also known as The Memorial to the Murdered Jews of Europe. I stopped for a while and wandered amongst the uneven stones to take some pictures. While it’s not unusual for holocaust monuments to generate a little controversy, this one is a solid win in my opinion. It’s sleek, dignified, poignant, and gets you to really reflect– not just on the tragic loss of life it honors, but the social order which allowed such a horrific incident in the first place. I have always been one for critical thinking, and I think it’s impossible to visit this place and not be moved.

It’s amazing what a well-designed monument can do to your emotions. The uneven concrete slabs are intended to confuse you. As you walk between the stones you start to notice things are a bit off kilter. The monument was designed with the intention of getting you to question the order of things. Because the monument is big you can’t wrap your head around the pattern, but you sense that something is a bit off. As you walk further in, the slabs vary and you start to see the cracks and flaws in a seemingly organized system. If you stand in the middle of the memorial, you’re swallowed up by uneven slabs on all sides, but one row over things might look perfectly normal.

Frankly, it’s kind of a deep place to find yourself on a cold spring morning, but I really enjoyed being there without throngs of tourists around. At just after 9am, no buses or tour groups had arrived.

Here are some of my favorite images from my walk around the monument. 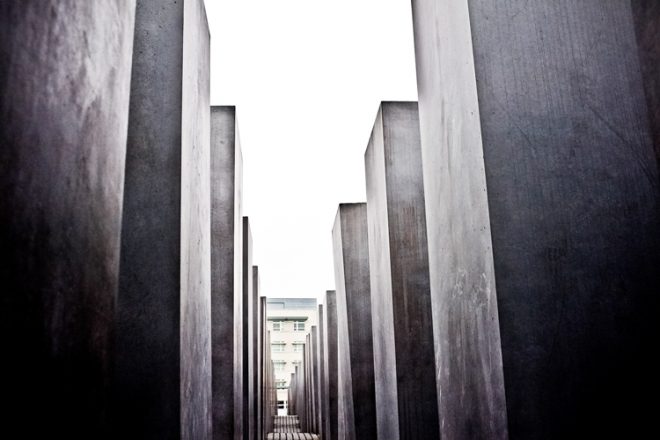 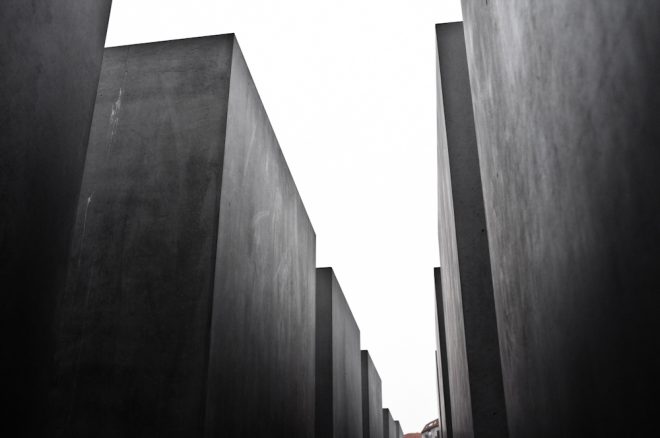 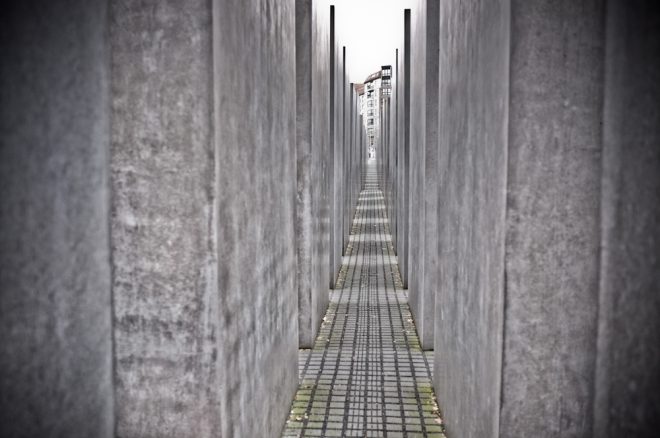 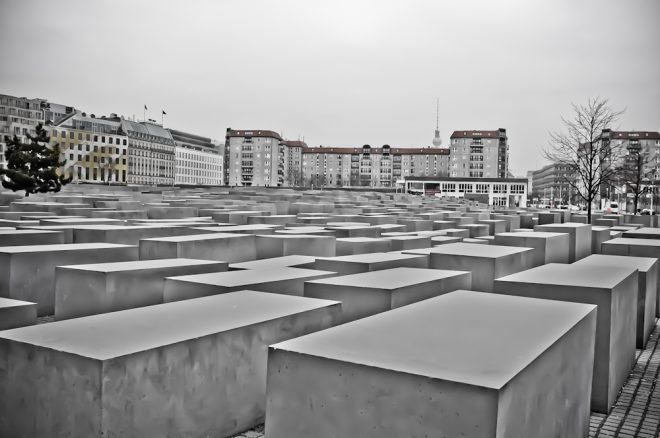 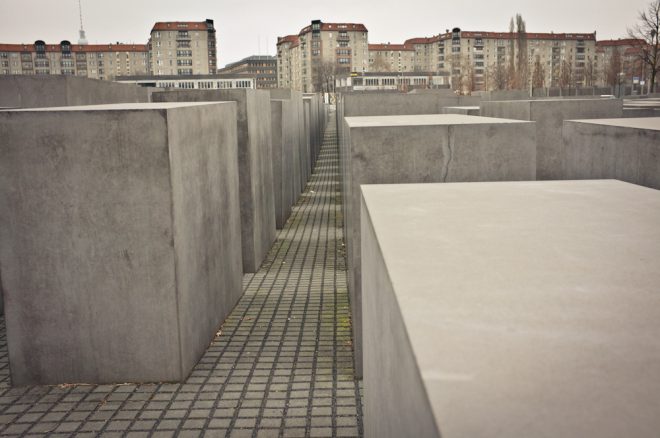 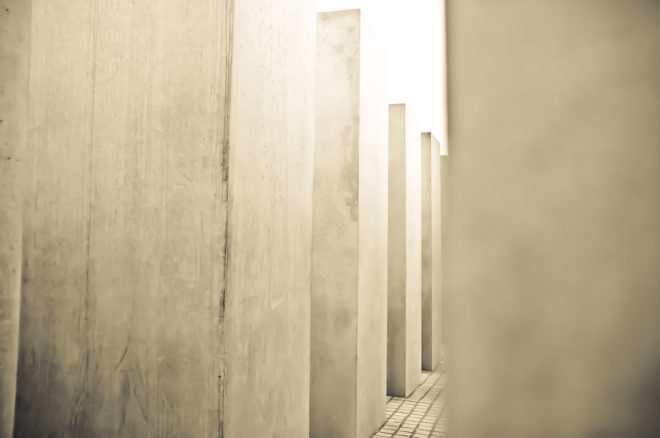 After walking through the memorial, I was in a very somber mood and desperately needed to warm up. So I picked up a latte at the closest Starbuck’s and wandered towards the Brandenburg Gate, where I watched Berliners head to work and start their day. With this historic site as a backdrop, I got a few great street shots in—including one of a bear going to work as a pedi-cab driver. This was a nice counterpoint t to the Holocaust Memorial I was in just 15 minutes earlier. It sort of summed up what I love about Berlin—that it is a city that honors its history yet is always moving on and evolving. The dynamic between the old and new is particularly interesting in Berlin architecture. The city not only holds on to some of it’s Communist era architecture but also is on the cutting edge of design. 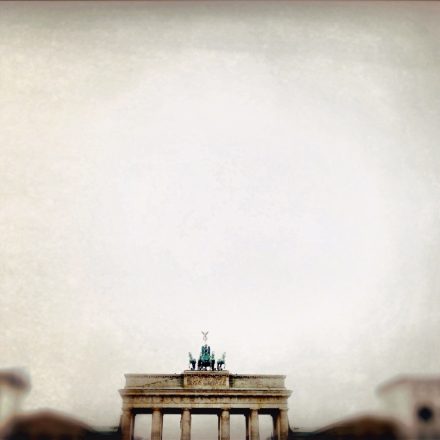 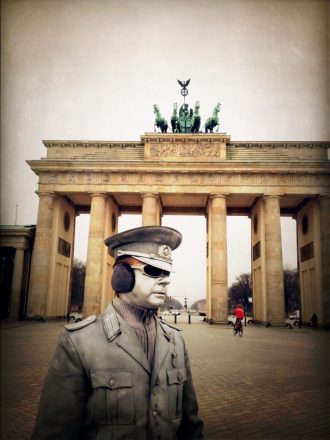 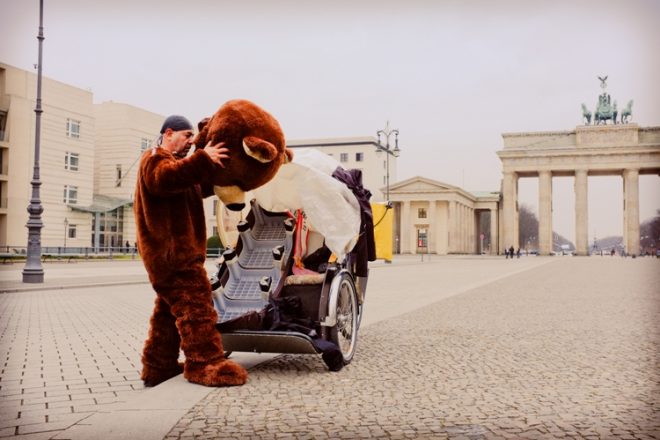 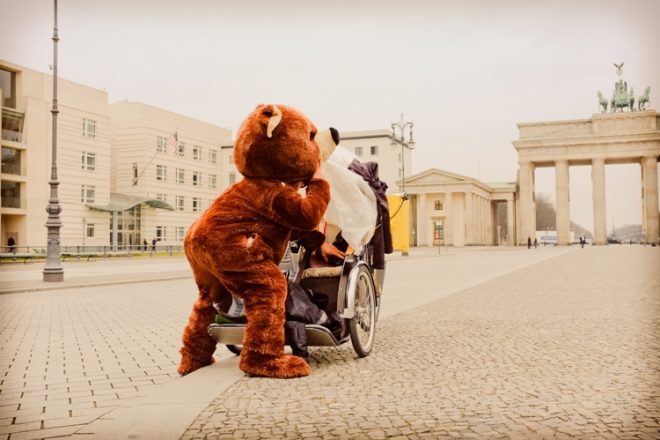 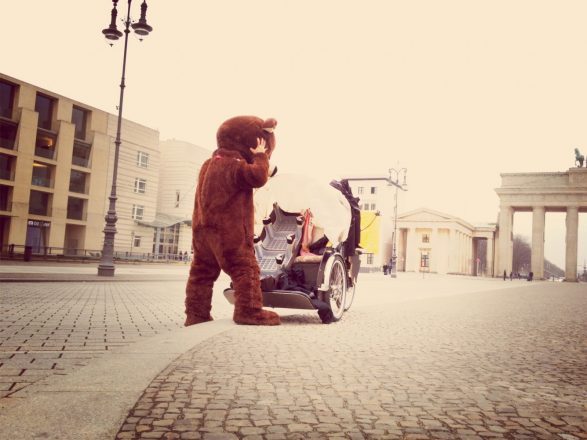 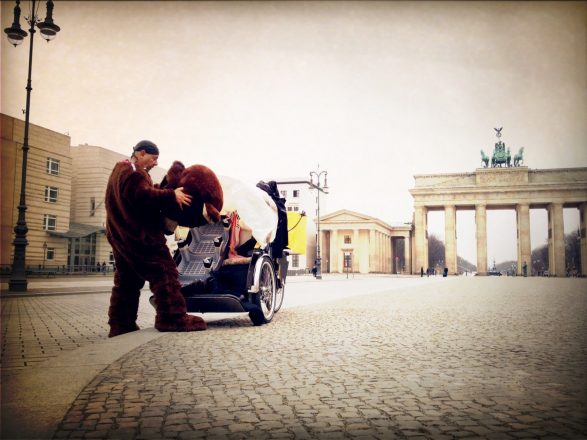 Don’t you love it when you see a bear getting ready for work (at Pariser Platz)?!