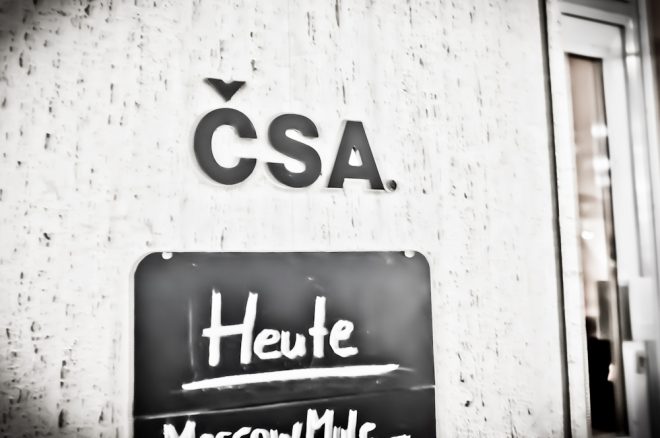 Last week in Berlin, I wanted to check out a different part of the city than Mitte. I had heard of a street called Karl-Marx-Allee in Friedrichshain, part of former East Berlin, where I was told there was a budding nightlife scene and some interesting restaurants and bars.

It was easy enough to reach Karl-Marx-Allee by the U-Bahn, Berlin’s underground subway system. As a hard core traveler and an aviation geek, I really wanted to check out ČSA Bar, a cool cocktail lounge with a futuristic vibe located in the former office space that used to house the ČSA ticketing offices. It’s a groovy space for a Berlin bar- complete with a glamorous mannequin with a mohawk (and lovely shoes) posing at the bar. The drink menu was interesting and the cocktails were quite good. It was early in the evening, so the deejay wasn’t yet rocking the joint, but there was soulful jazz music on the sound system.

Note: I accidentally left my favorite leather jacket at ČSA, and the bartender put it in a taxi and sent it to the Ritz-Carlton the next day, which made me grateful for the excellent hotel concierge and the kind staff at the bar. 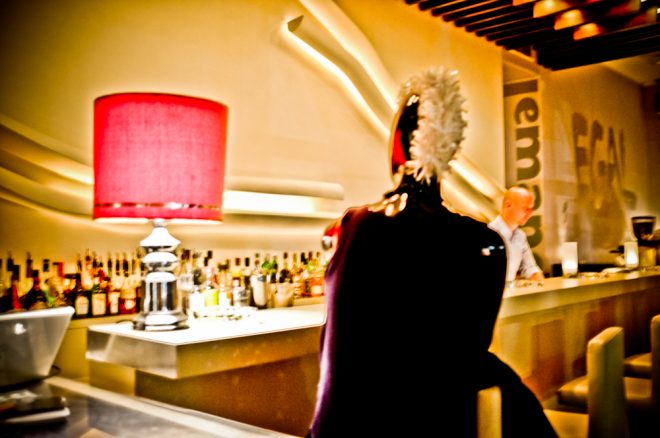 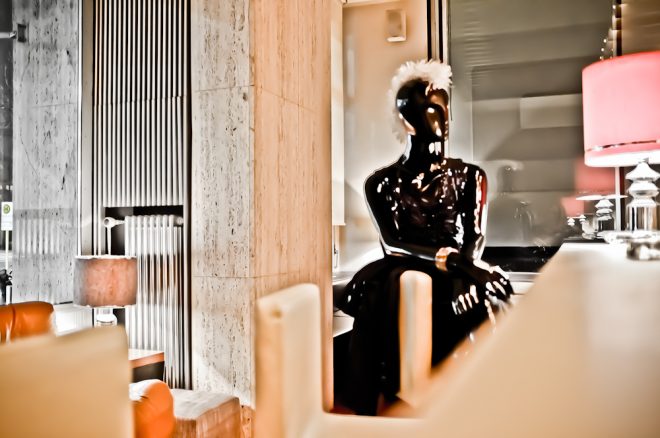 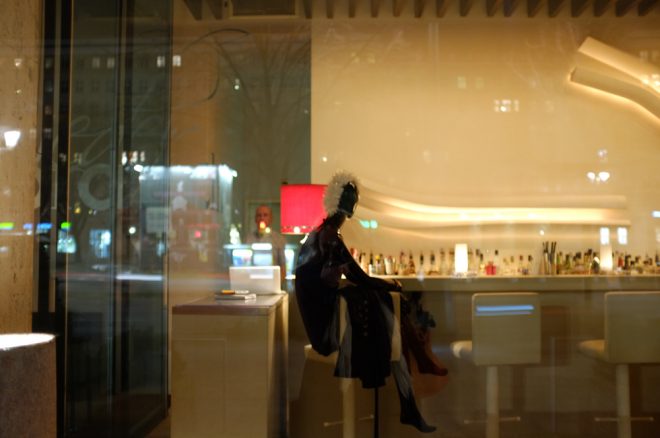 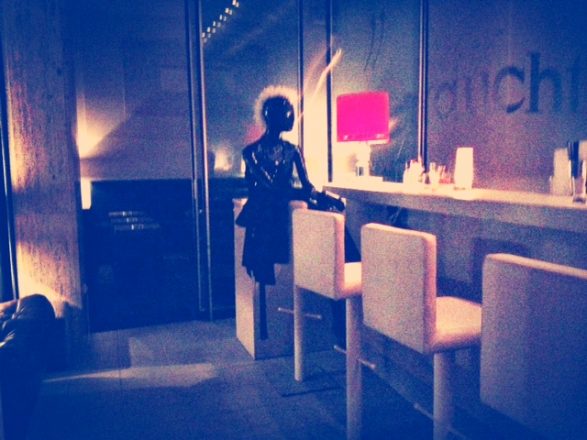 Keeping with the the Czech theme for the evening, for dinner I ate at nearby restaurant Prager Hopfenstube (Karl-Marx-Allee 127), where Czech food is the house specialty. I tried the potato pancakes, boiled beef and roast pork and sipped dobre Czech beer including Pilsner Urquell and tasted Staropramen Dark. Pilsner Urquell is my husband’s favorite beer and he insists it’s always better in Prague, but said this place was the next best thing. 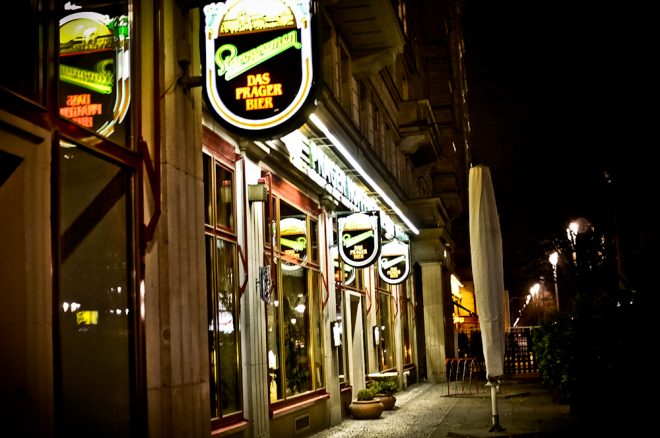 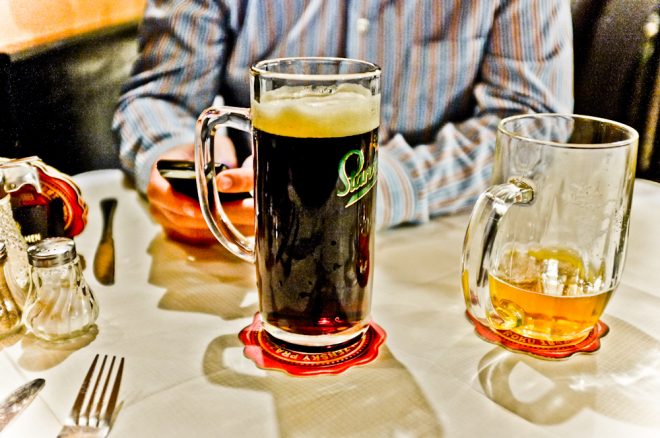 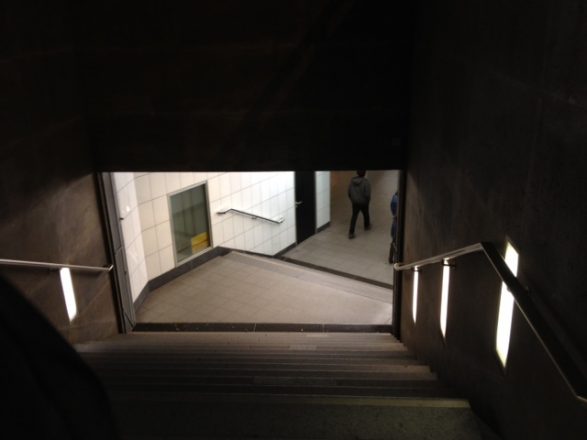 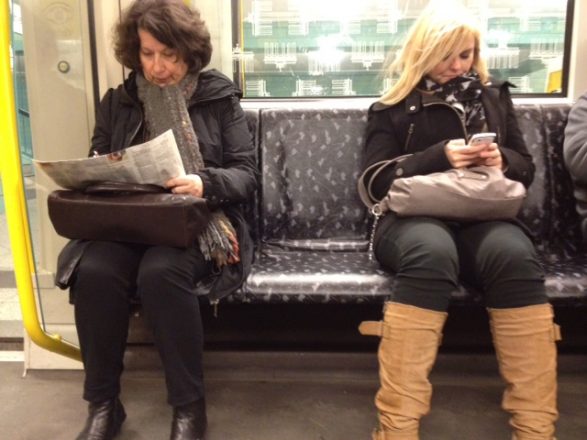 Enterance to the U-Bahn, and the commute to Friedrichshain. 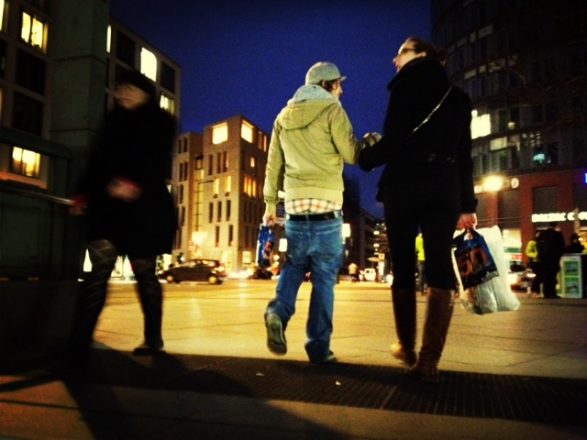 There were some interesting fashion choices on the U-Bahn. 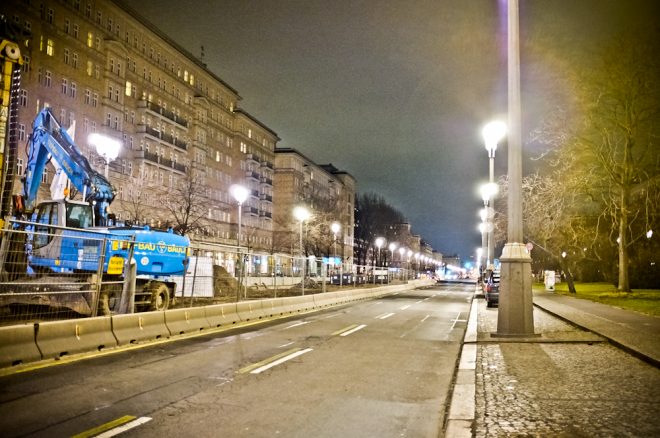 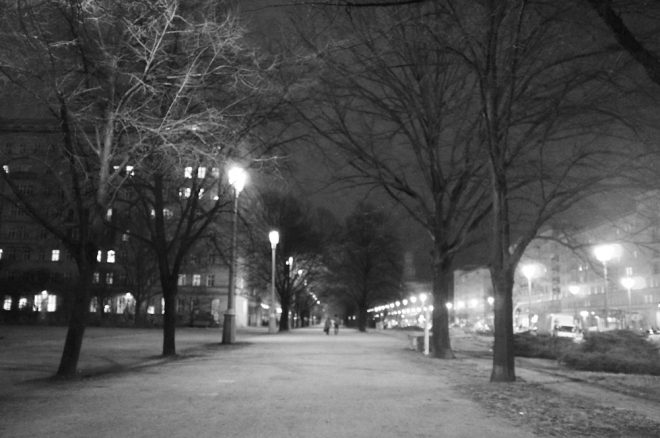 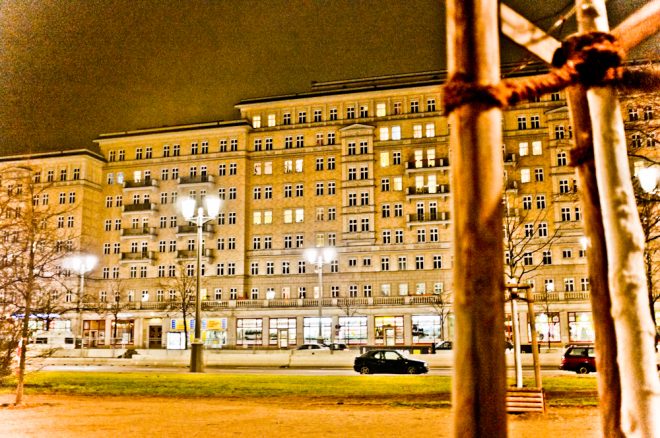