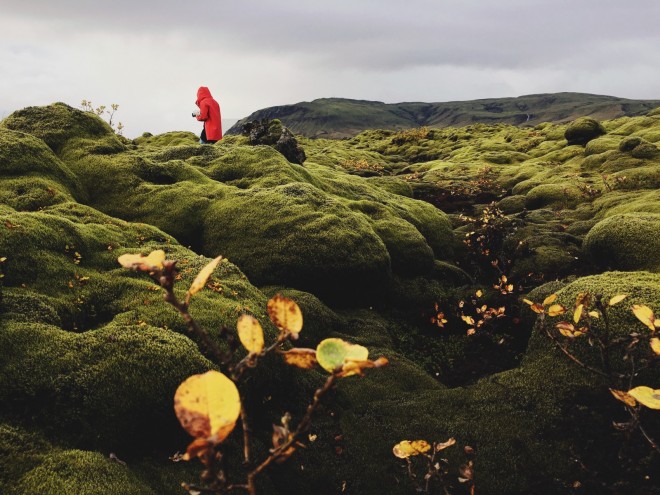 Exploring Iceland’s second-largest lava field, Eldhraun, was like being transported into some moody Nordic fairytale. Discovering and photographing Eldhraun was an unexpected joy in southern Iceland. I wouldn’t have found this highly photogenic area without the help of my photo guide, Jorunn of Iceland Photo Tours who took Anastasia and I here on the first day of our Two Day Photo Tour of The Glacial Lagoon. 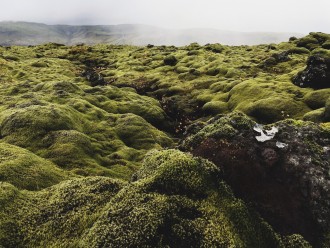 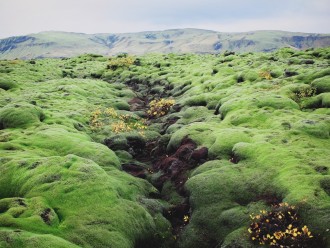 Moss has grown thick as a mattress on the rocky craters of lava, which date back to an eruption from 1783-84, when Iceland was still part of the Danish Kingdom. The Eldhraun lava field covers about 218 square miles (565 square kilometers) of ground in southern Iceland. 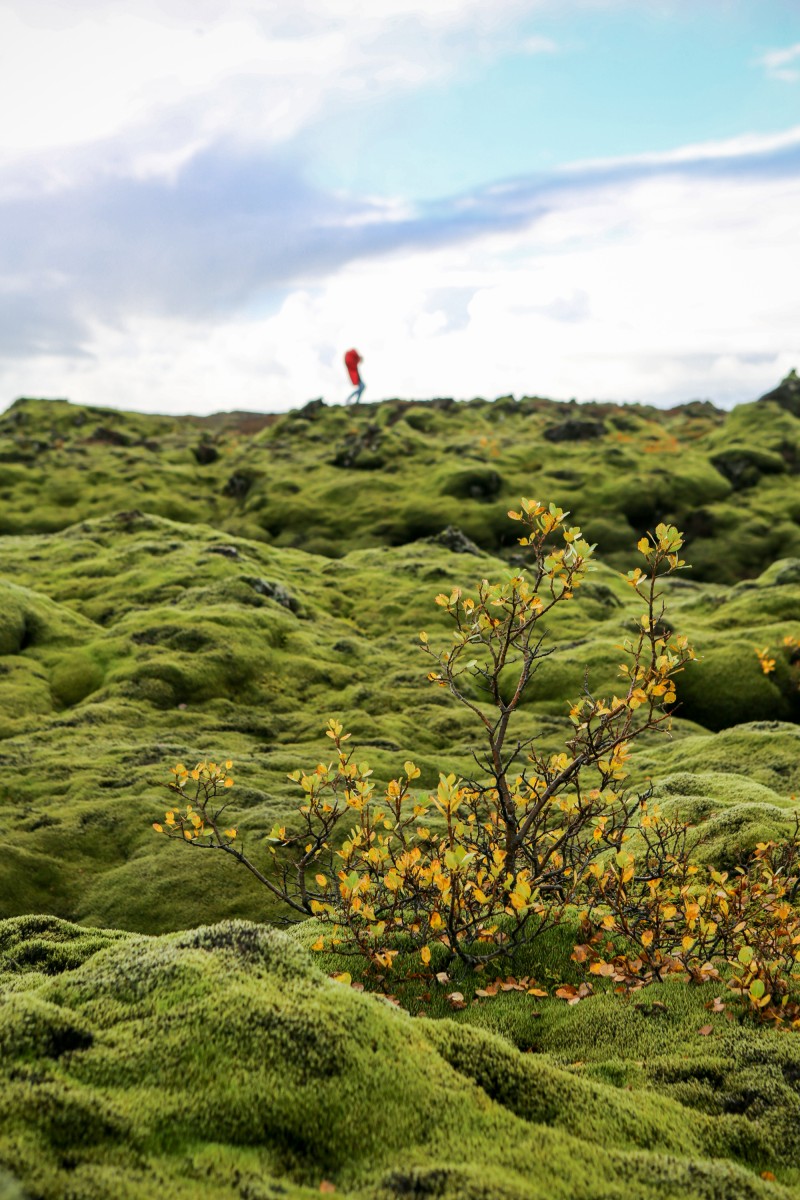 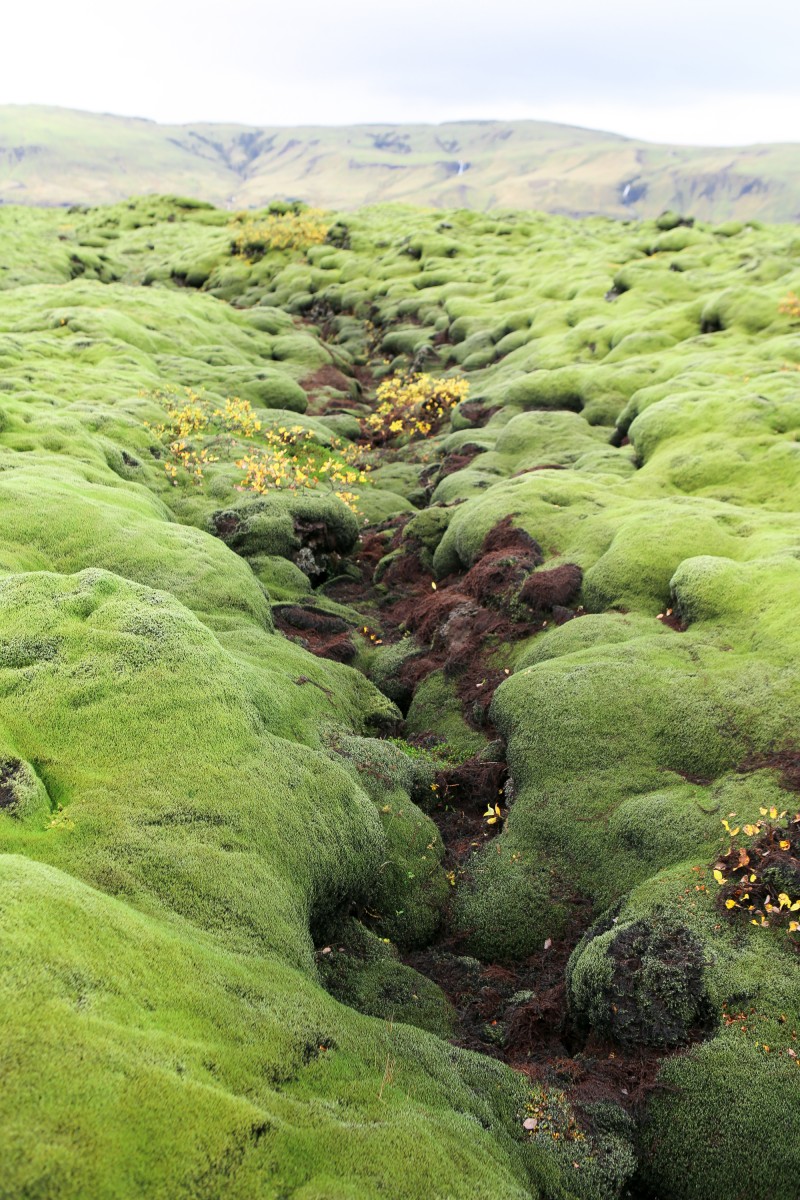 A crevice in the Eldhraun lava field 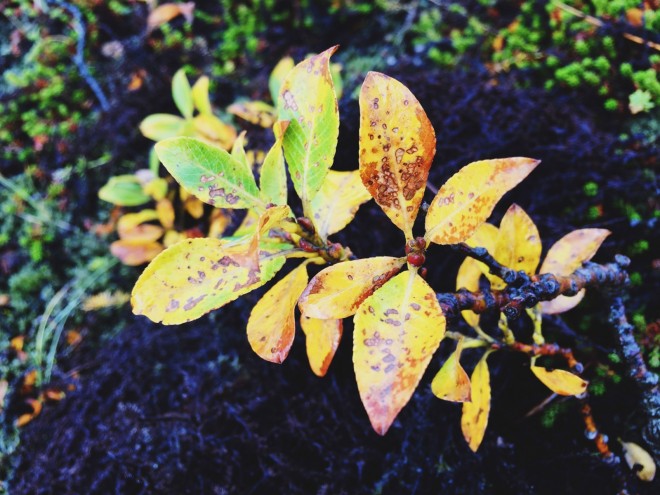 Yellow leaves in the wooly moss

With the skies shifting colors, I keep expecting to see Jon Snow, or at least a wildling or five. 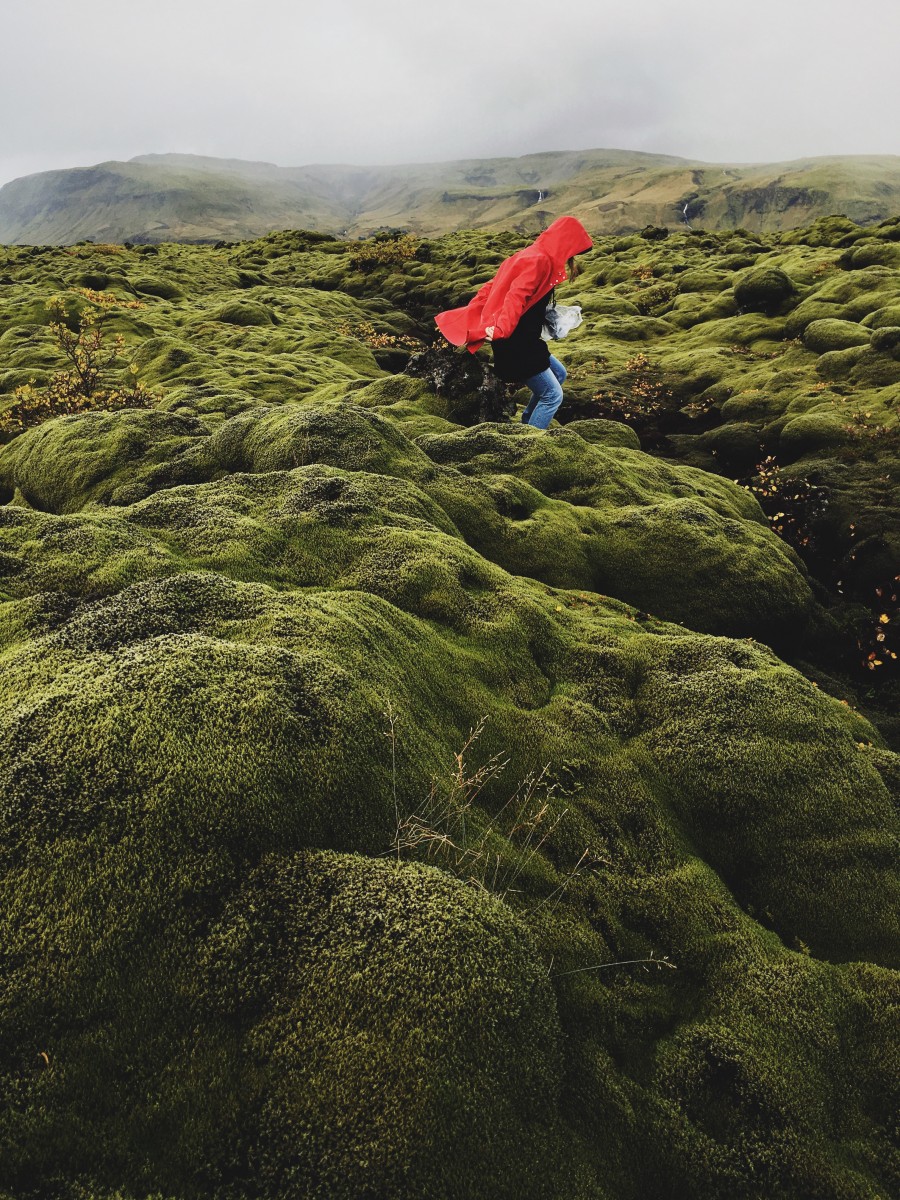 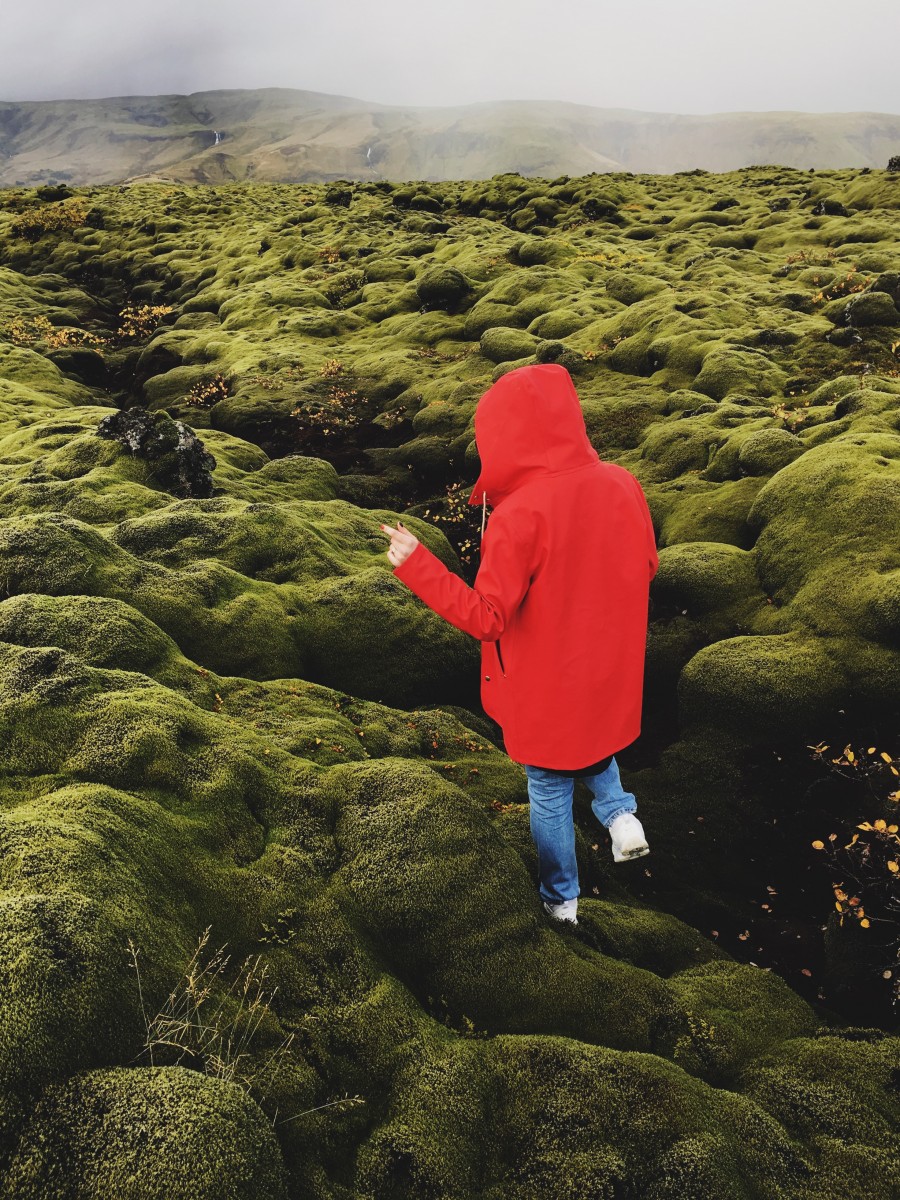 Having Anastasia wear a red raincoat added some extra contrast and interest to the landscape and transformed her into a Nordic Little Red Riding Hood. 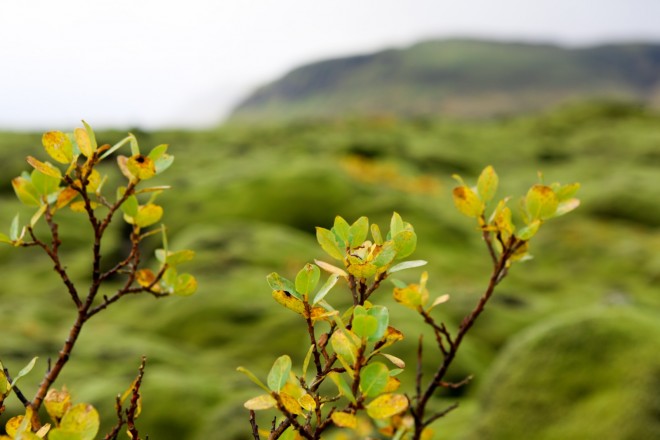 Plant life amidst the wooly moss of Eldhraun

The crew of the Apollo 11 (US astronauts Neil Armstrong, Buzz Aldrin and Michael Collins) practiced before their moonlanding on this otherworldly landscape. 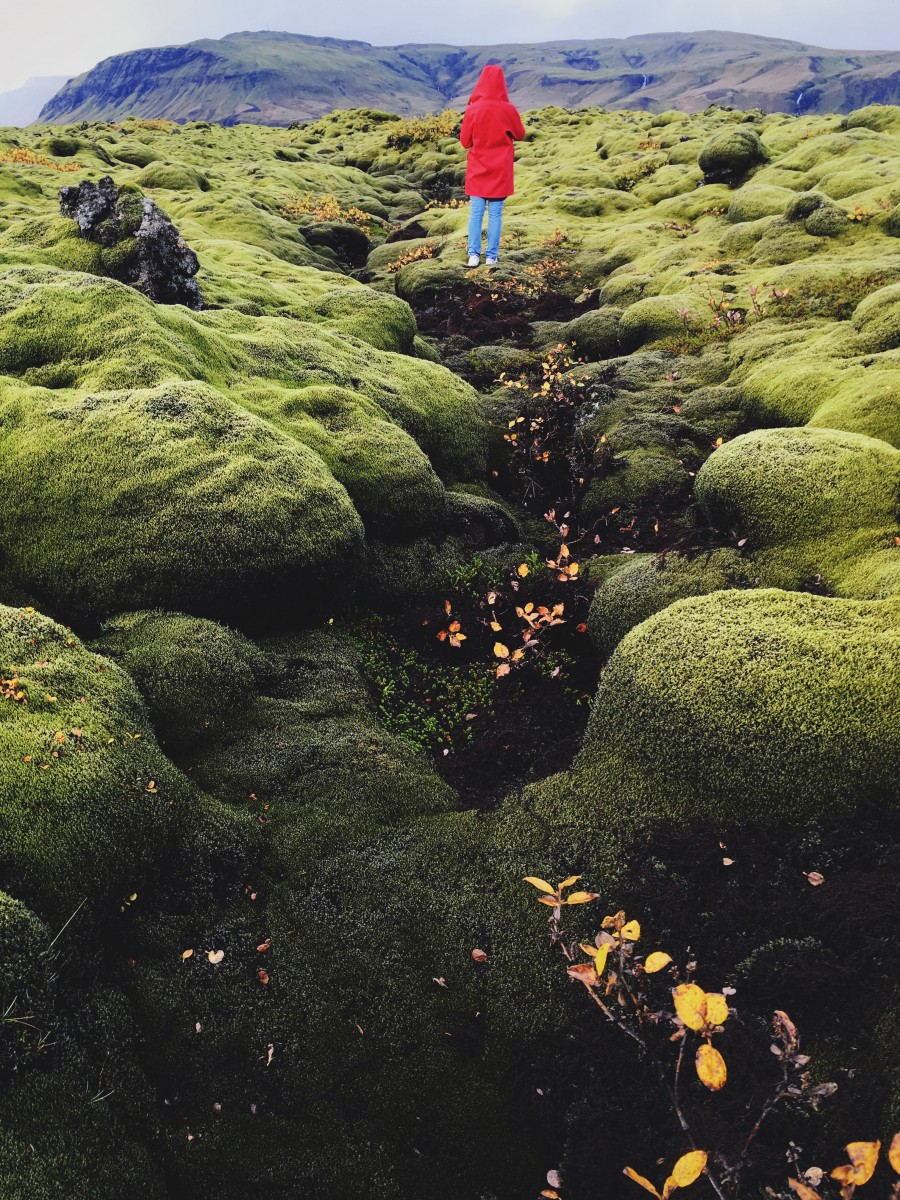 Searching for trolls in  the Eldhraun

In 2014 a new eruption created the Holuhraun lava field, which is now the biggest in Iceland. It’s also located in the Icelandic Highlands. 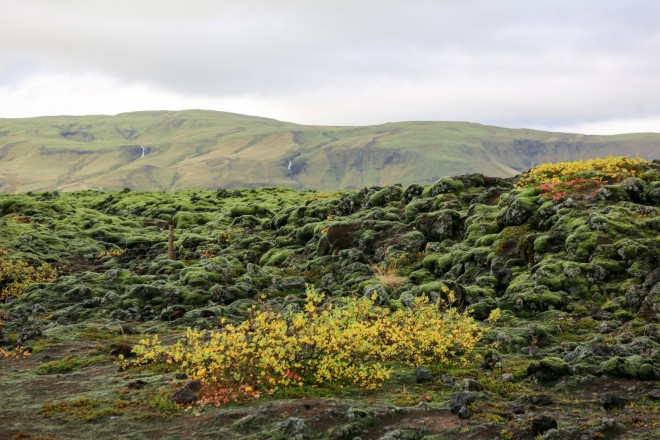 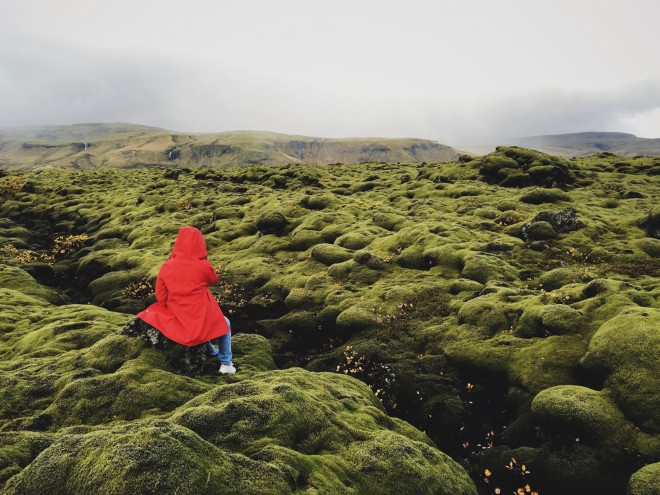 Red Rain Coat in the Eldraun Lava Field in Iceland