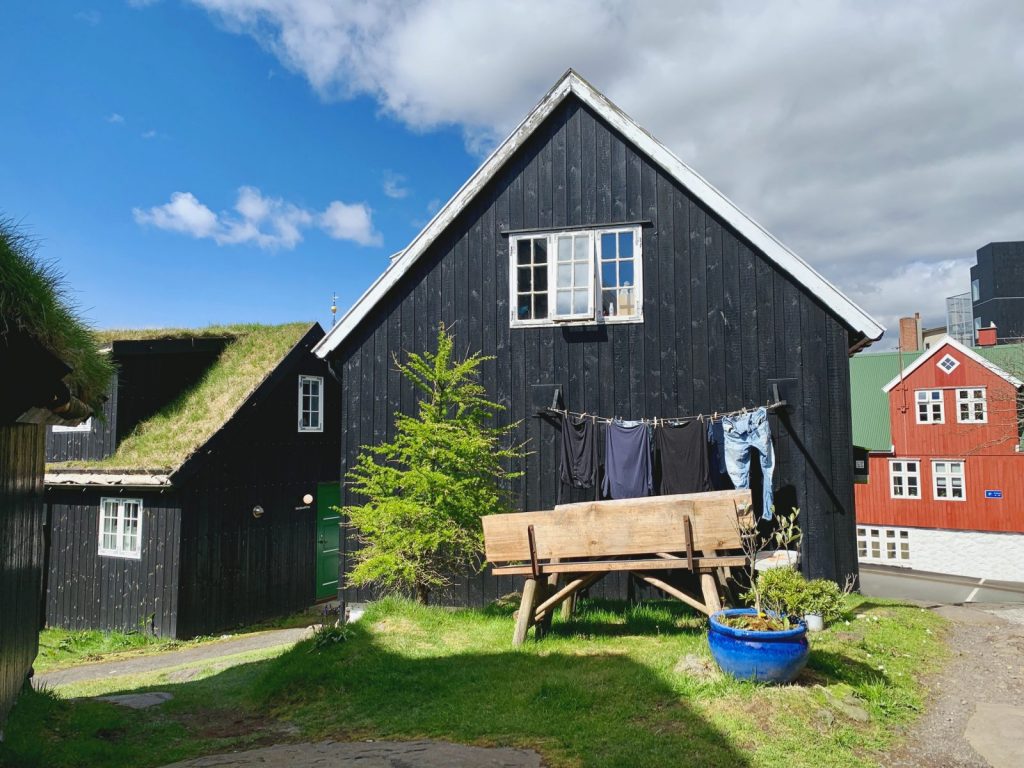 Located about halfway between Iceland and Norway, the Faroe Islands are an autonomous country within Denmark. Photographers, who are constantly looking for beautiful landscapes devoid of crowds, have been buzzing about the Faroes and gorgeous images of the place have been appearing in instagram feed for a while. 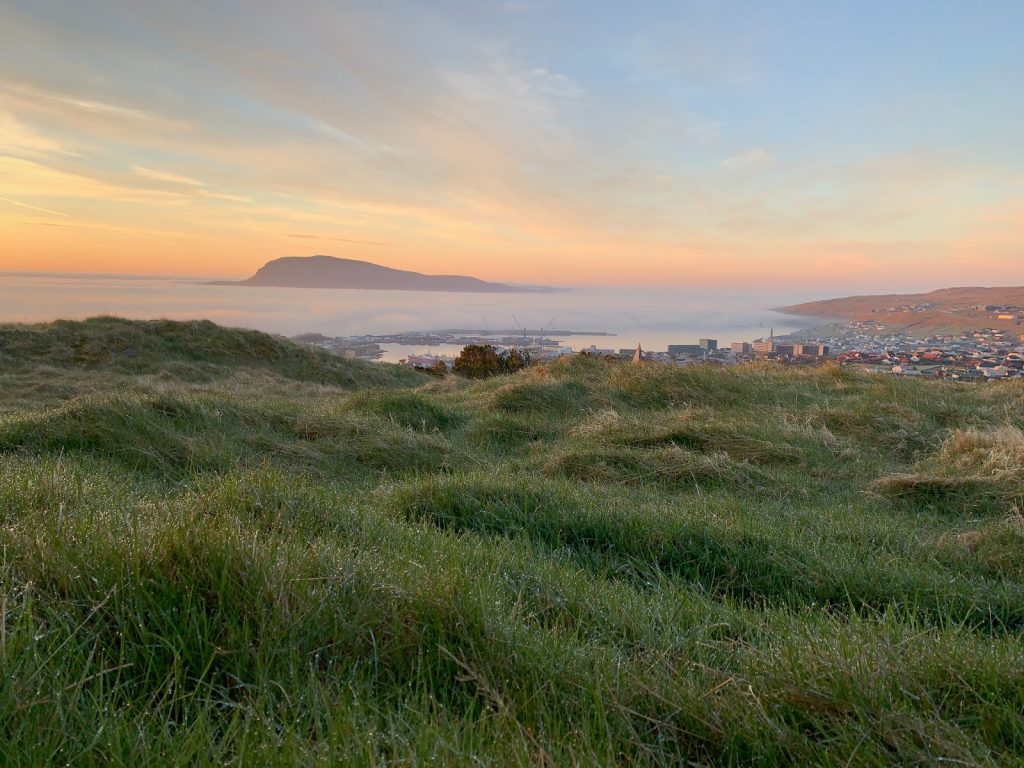 The view from my room at Hotel Foroyer

I got the chance to explore the Faroe Islands this spring, when I went for a week long photo workshop (more on that in a future post). My first impression was that this part of the world was for advanced travelers only– those who have already visited Iceland, Norway, and other Nordic countries and wanted to try someplace new. But the Faroe Islands grew on me, and I left thinking Torshavn is great lesser-known European destination, perfect for a mini-break. It’s easy to reach by air by both SAS and Atlantic Airways. 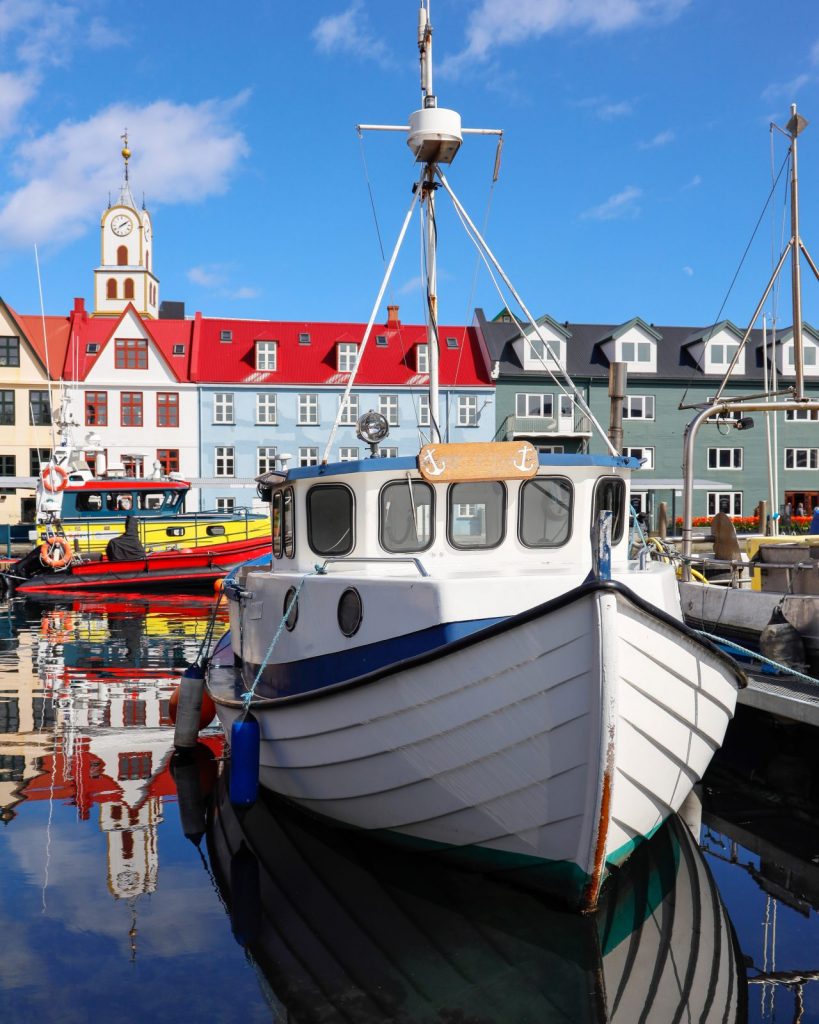 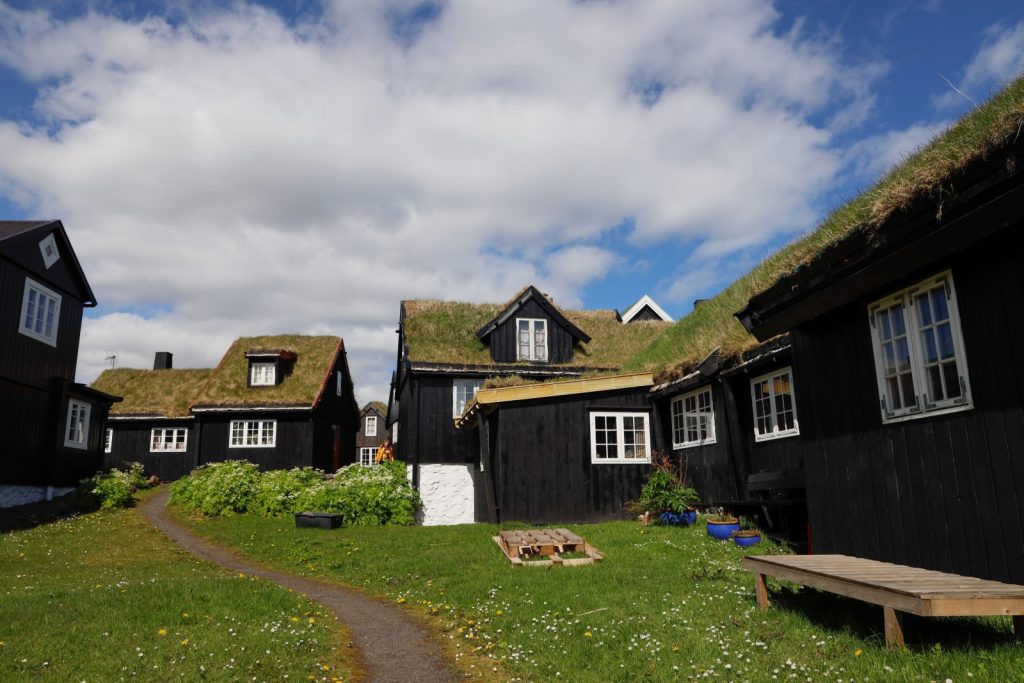 One of the first things I found refreshing about Torshavn it’s one of the few places I’ve been that still doesn’t have a Starbucks. I heard there was a Burger King but other than that I did not feel the presence of major chain dining. This makes for a sense of authentic quaintness that has becoming increasingly rare. But I fell under the spell of Nordic charm while wandering around Torshavn’s old town, where many of the houses have sod roofs. It’s not unusual to see the turf being “mowed” by sheep. 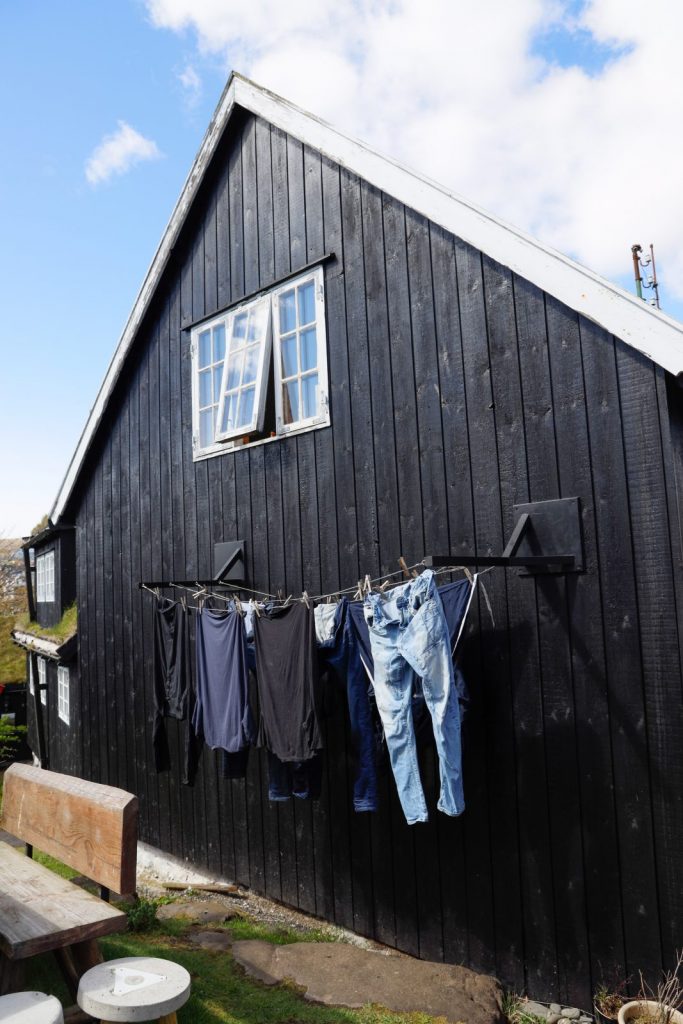 There are more sheep than people in the Faroe Islands. With abundant lamb and fish (the Faroe Islands primary industry is fishing) the Faroese restaurant scene is better than I expected. In Torshavn there are plenty of cute cafes for coffee and lunch and some very nice restaurants including good sushi (Etika), fine Faroese dining at Áarstova. 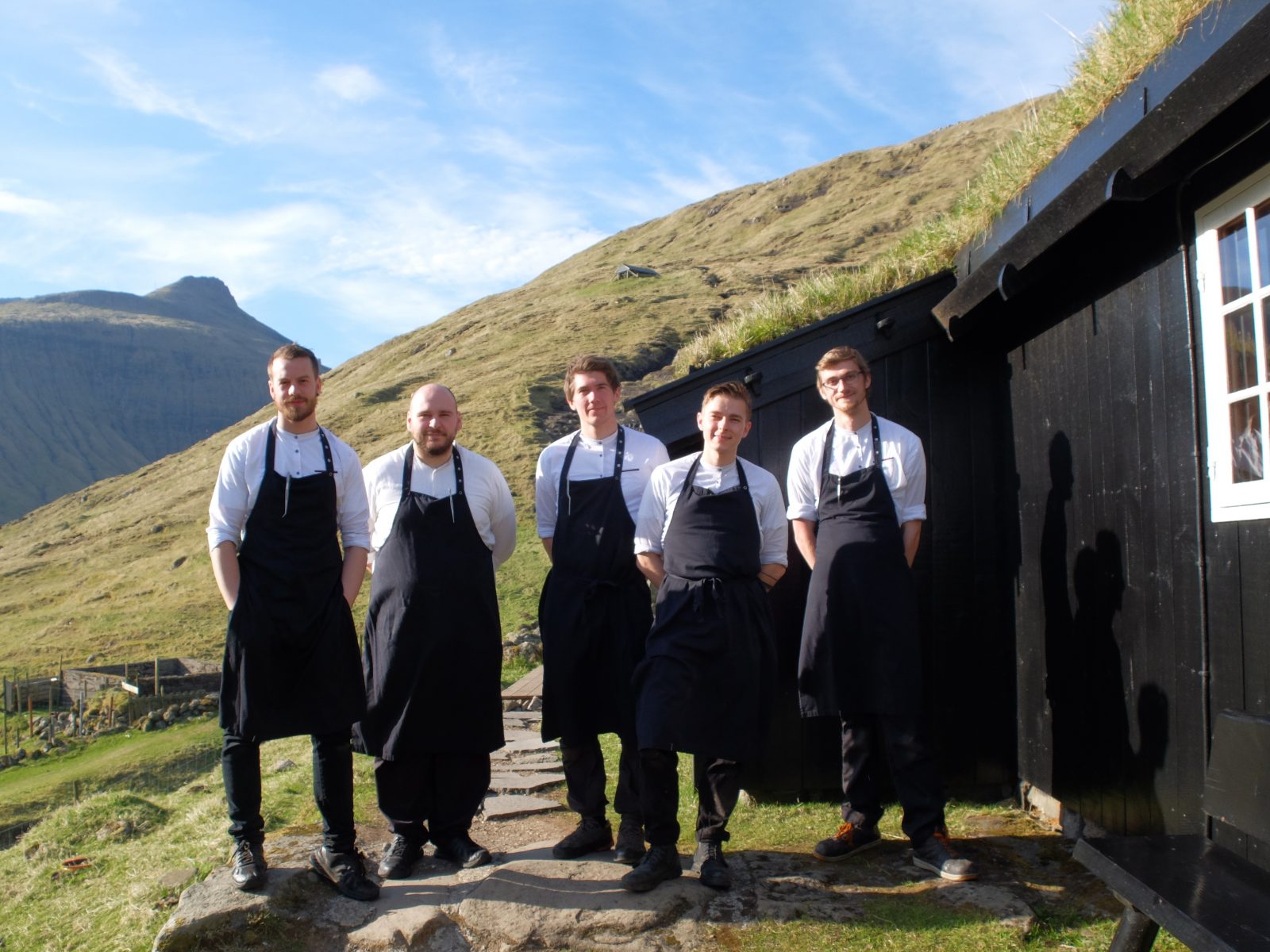 The Koks staff was very welcoming

Further afield (but well worth the trip from Torshavn) is the 2- Michelin Star restaurant, Koks, For foodies, this place is not to be missed! Run by young chef Poul Andrias Ziska, who hails from Torshavn, Koks is the high temple of Faroese cuisine. The night I dined there other guests had come from Iceland and the United States primarily to check out this small restaurant filled with rustic charm.

Two Michelin stars don’t come cheap. The tasting menu was about $254 USD, with the wine pairing setting me back about $194. But I was glad I did it and thought this experiential dining experience was worth it. With only 24 spots per evening, if you’re interested in dining at Koks, be sure to book ahead. 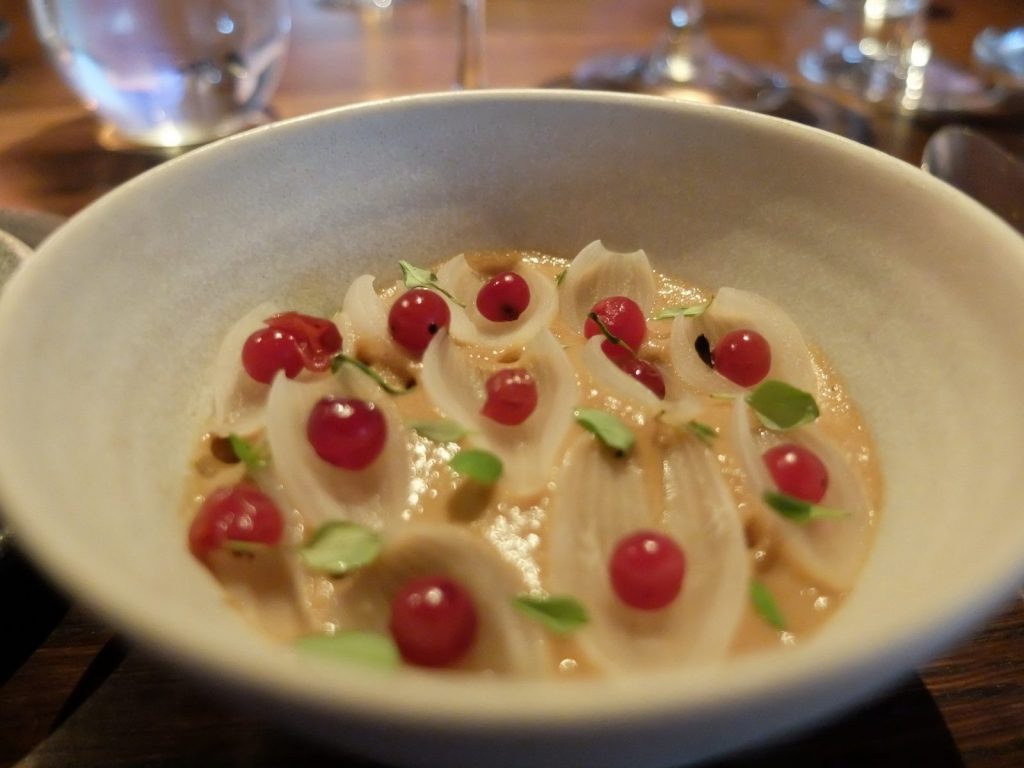 Lamb, fish, root vegetables make up most of the menu at Koks and it was exceptionally good. I’m particular about fish and still found the dishes quite tasty. 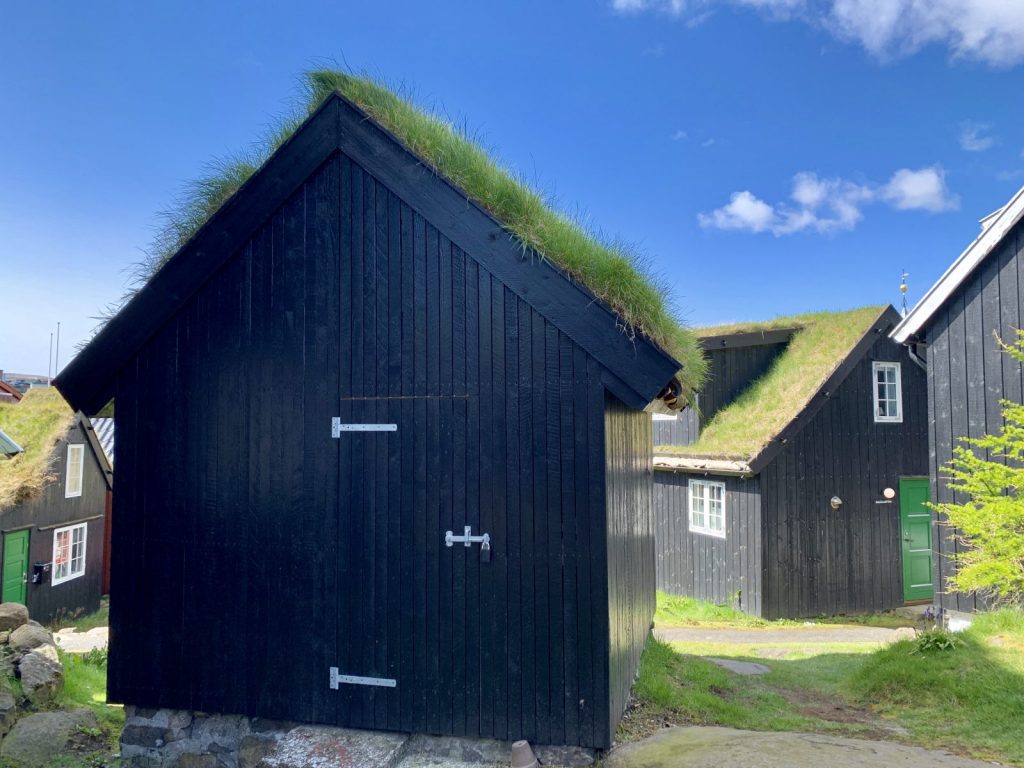 Shed with a sod roof

You can easily spend a few days exploring Torshavn by foot and doing day trips to some of the more spectacular scenic locations in the Faroe Islands. I was based at the Hotel Føroyar, a modern boutique hotel located within walking distance to central Torshavn. It was comfortable and had speedy wifi and all the modern conveniences and seemed to be favored by tour groups.

Torshavn is compact and walkable

Torshavn is a great base from which to explore the Faroe Islands, or a destination in itself for a few days. 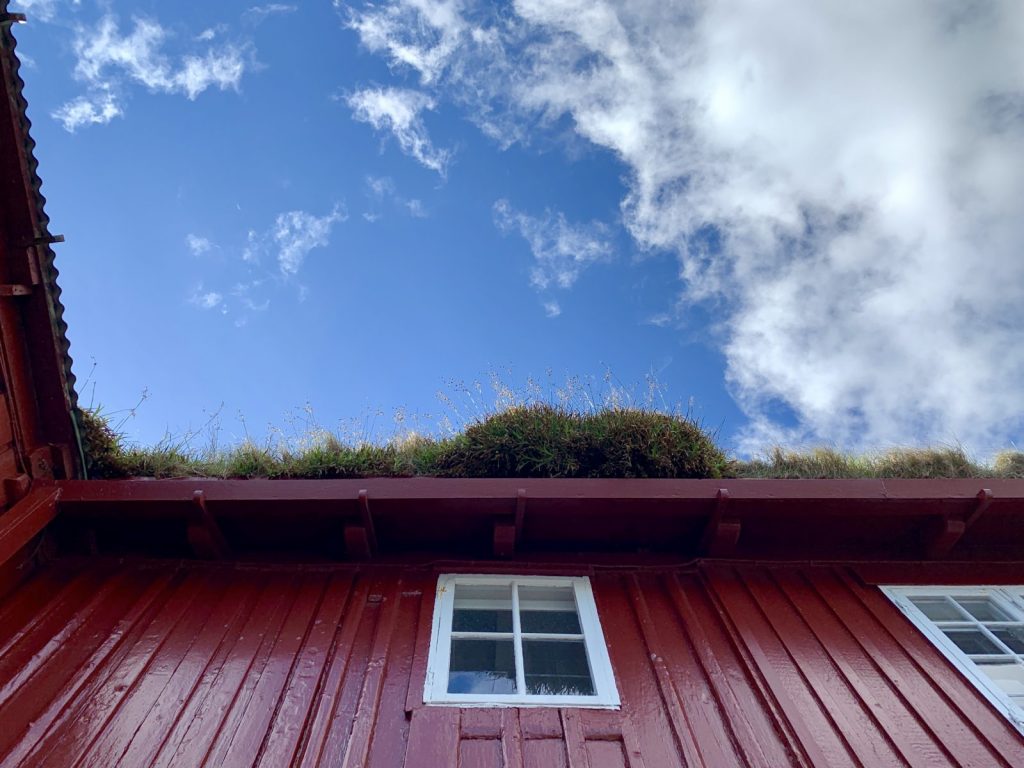 Sod roof and sky in Torshavn 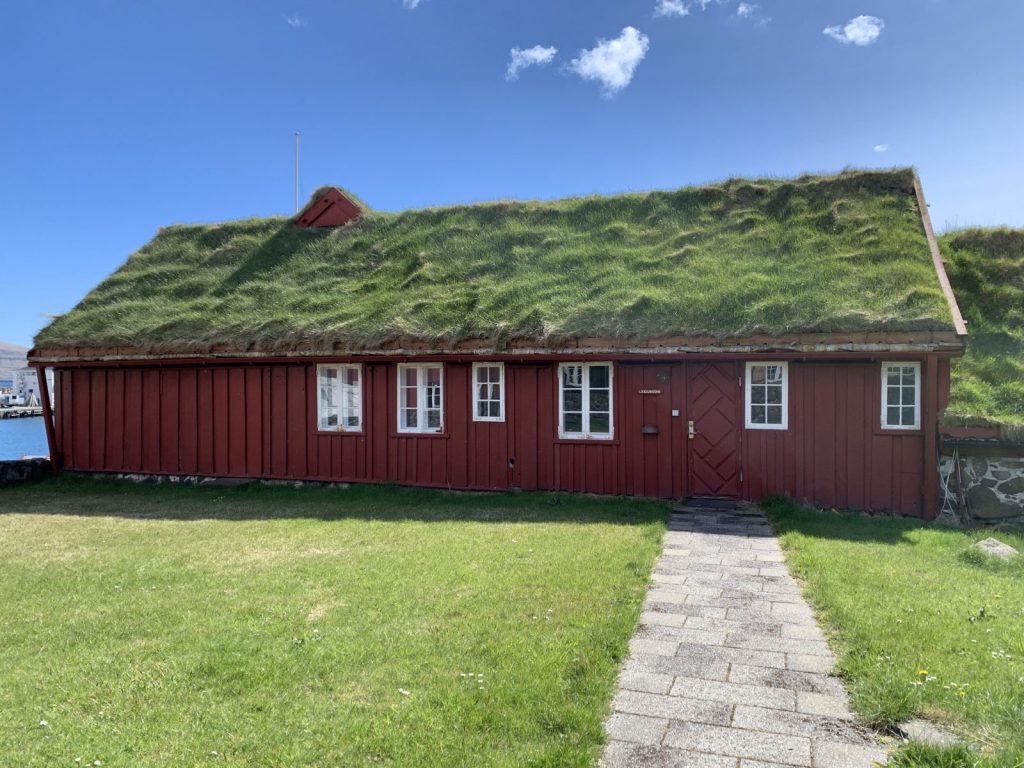 Exploring the waterfront and historic old town Torshavn is a very pleasant way to spend an afternoon. There are some quaint cafes (Paname Cafe serves lovely coffee and cakes and Cafe Umami has a great menu for lunch and) and shops which are fun to browse and explore. 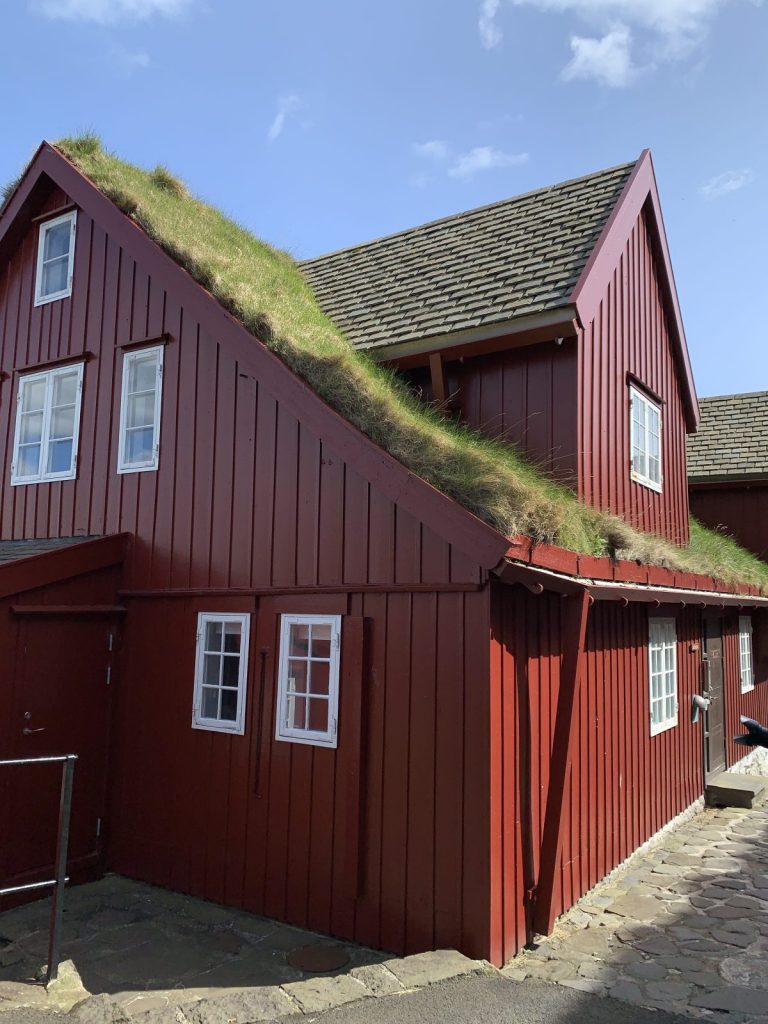 While there isn’t a major nightlife scene in Torshavn, it has enough appeal to charm most travelers for a few days. 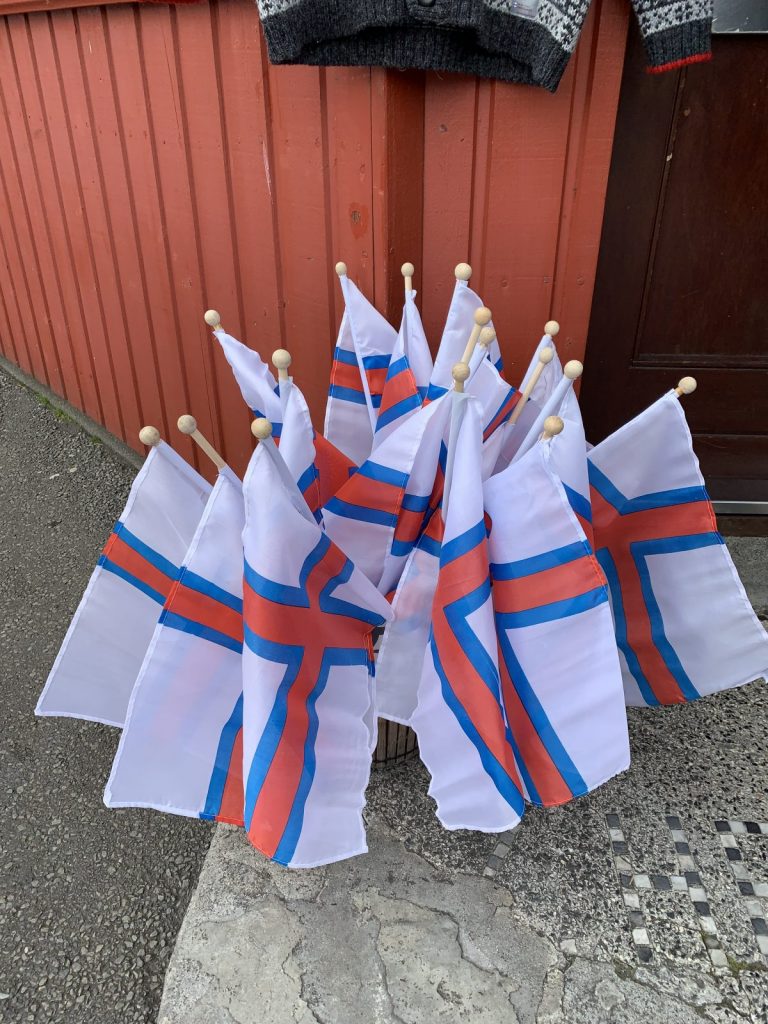 If you’re curious about checking out someplace off the beaten path that combines natural beauty and interesting food, consider adding Torshavn to your list of places to visit. 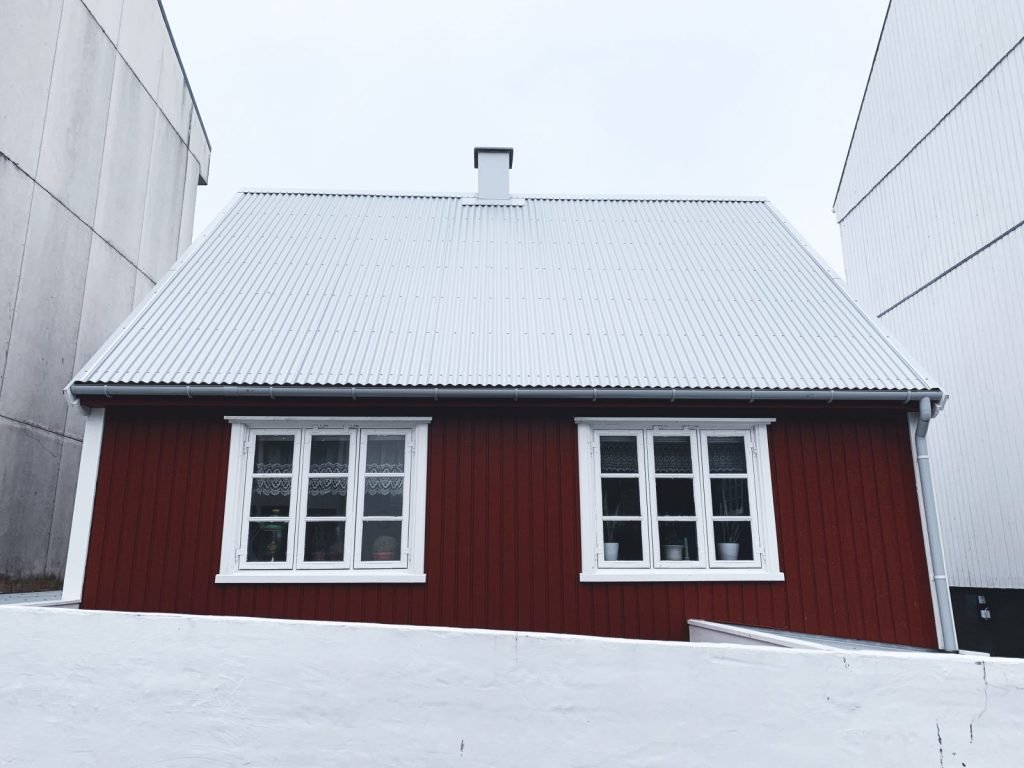 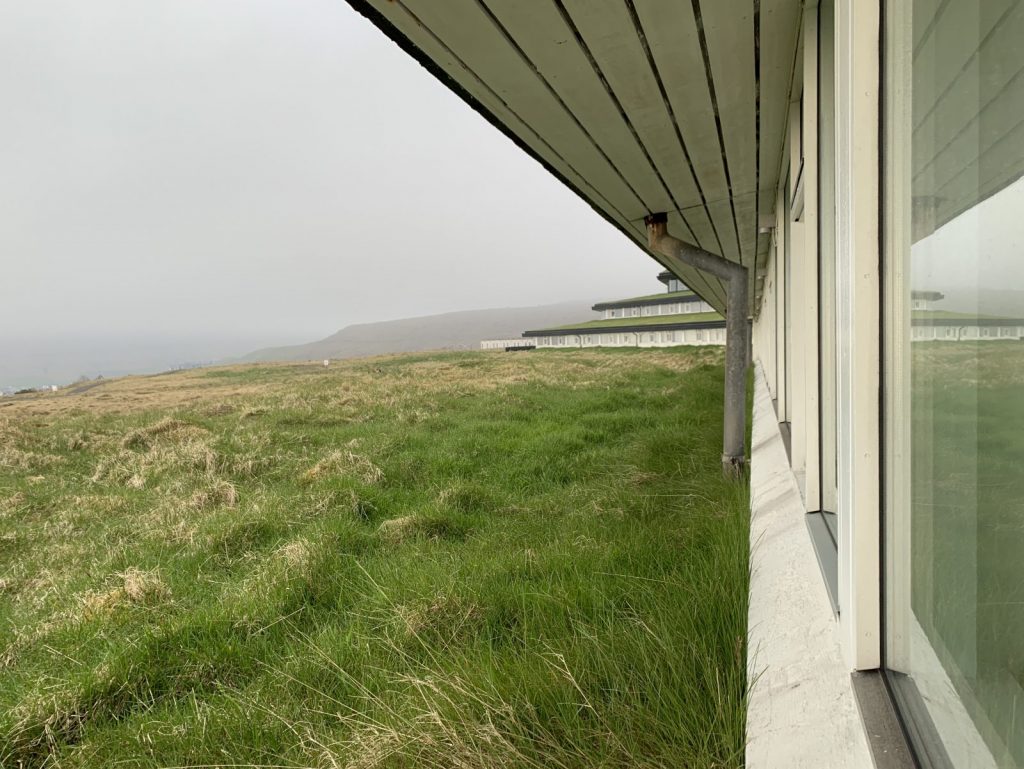 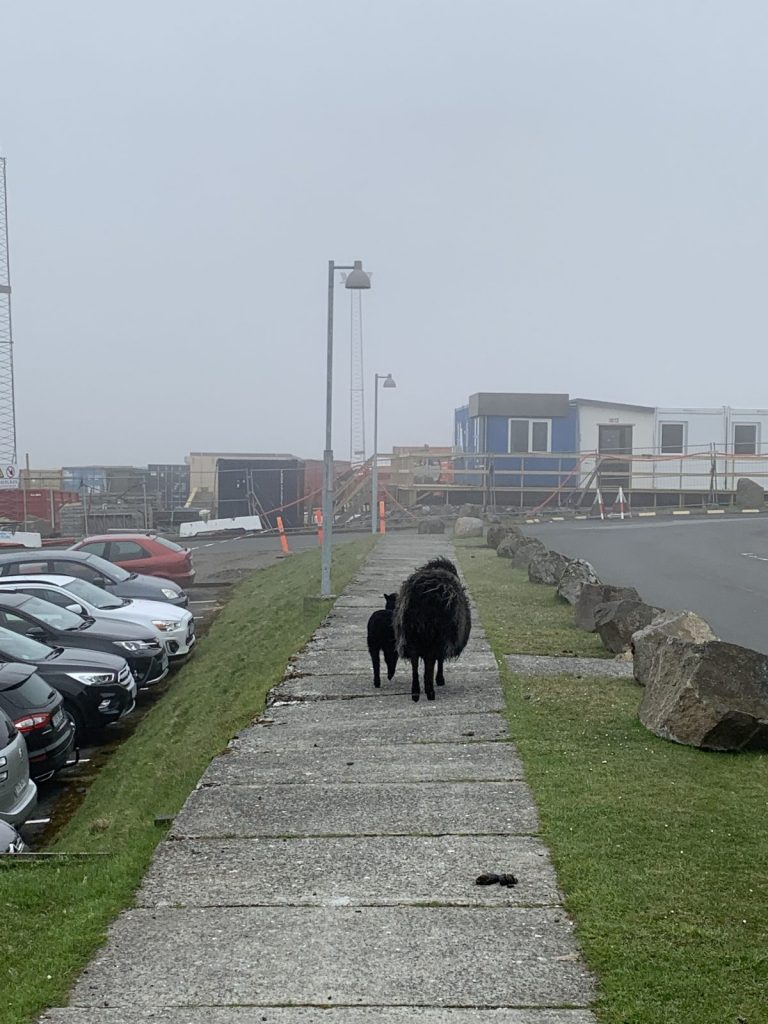 Sheep in the parking lot at Hotel Foroyar 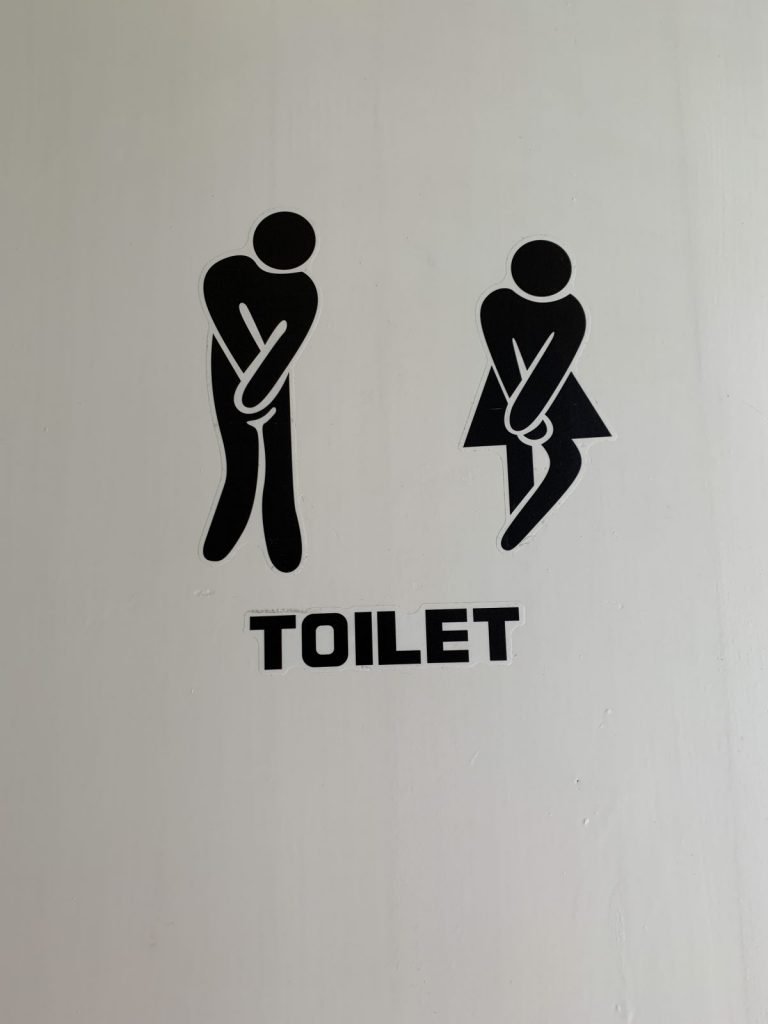 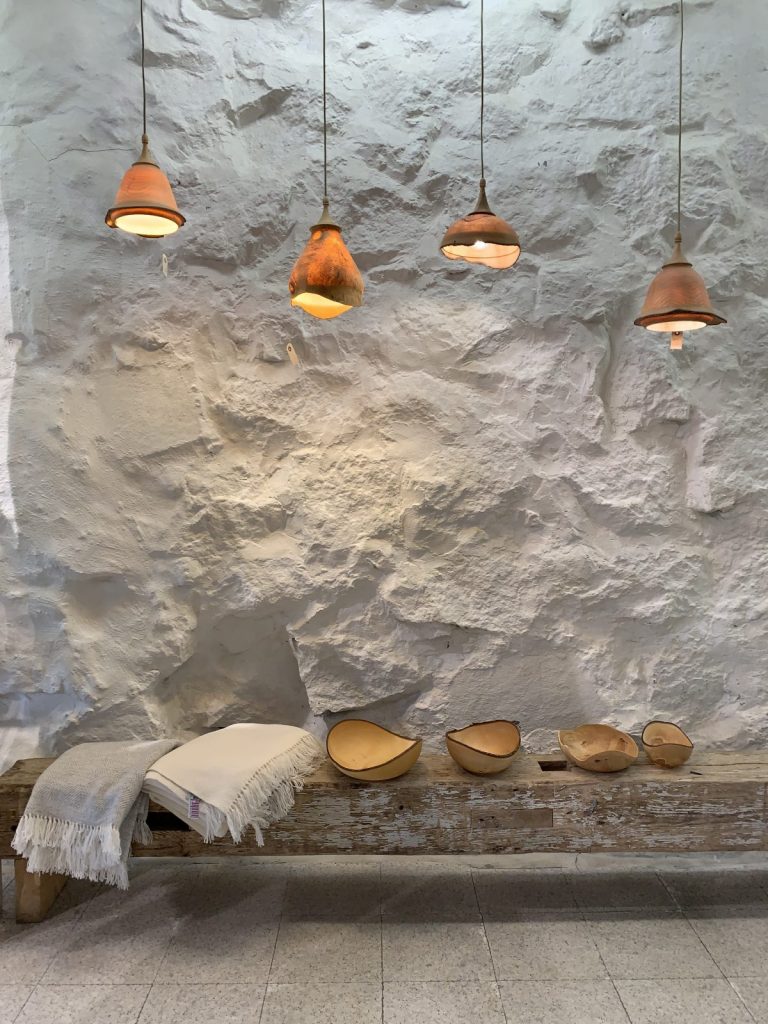 Local crafts for sale in Torshavn 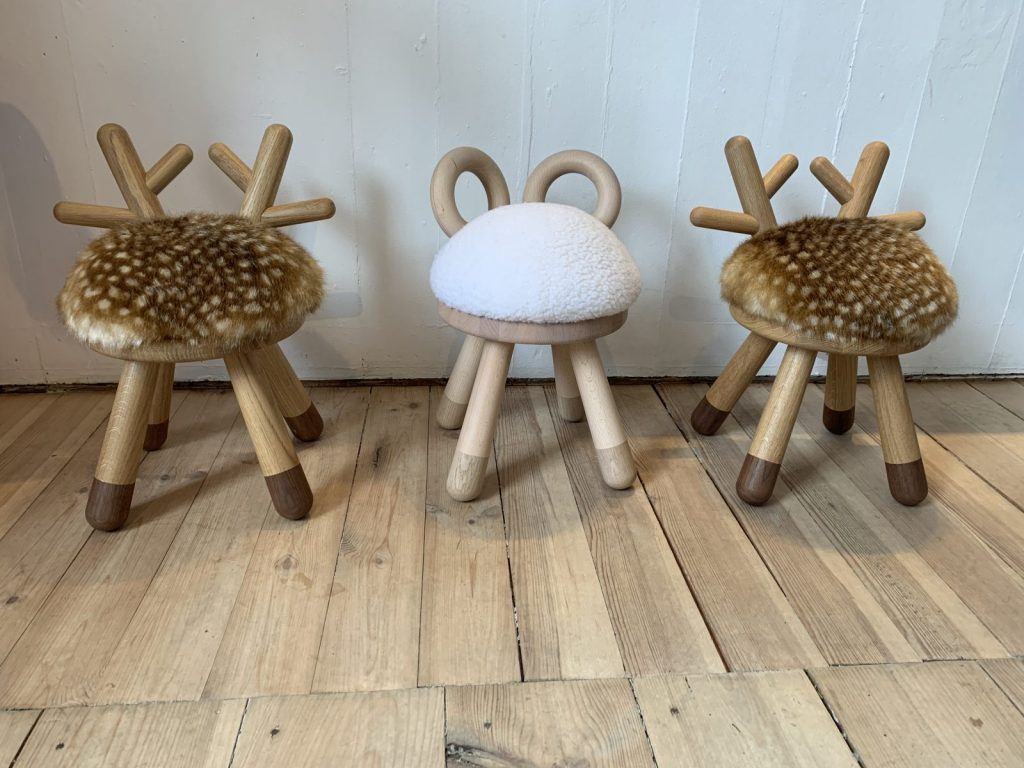 how cute are these children’s chairs? 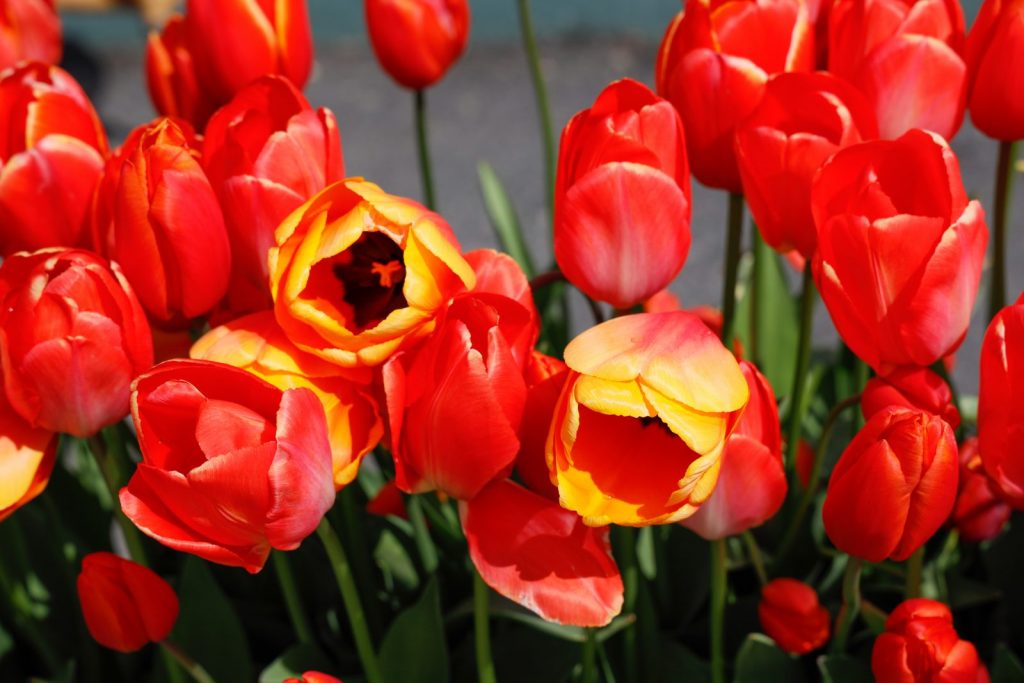 Exploring the Pacific Northwest: The Palouse in Black and White