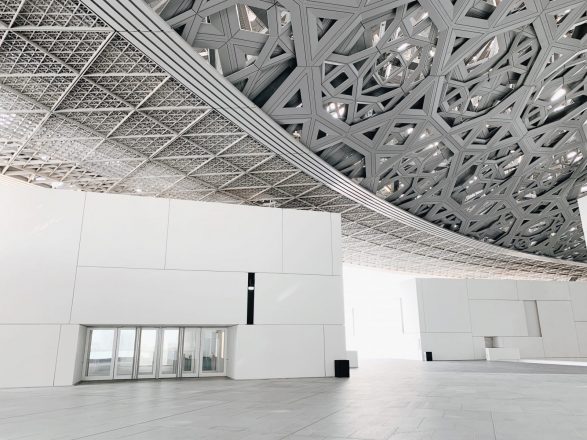 Until recently I thought of Abu Dhabi as a city one connects through when flights through Dubai aren’t available. But that view was challenged during my latest visit to the UAE. I was surprised by how many people suggested visiting the Louvre Abu Dhabi, a world class museum which opened in 2017 as part of a thirty-year deal between the city of Abu Dhabi and the French government. 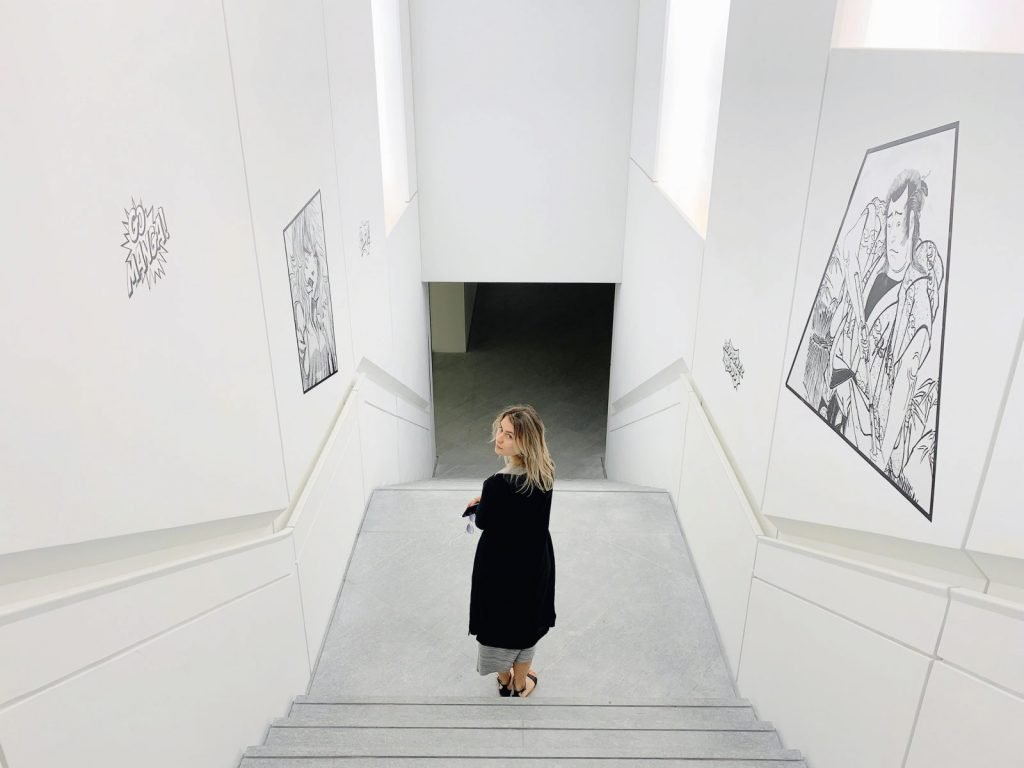 Stairway to the Manga Lab

I was still doubtful. But I’m always game for a great museum so I made the Louvre Abu Dhabi my top must-see while in the city. 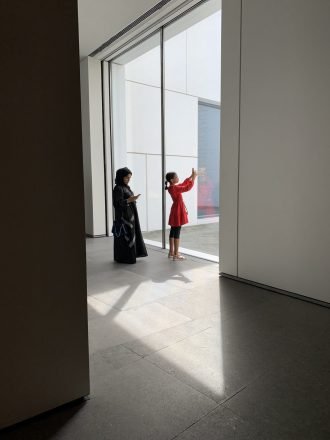 While the Louvre Abu Dhabi’s art collection might not contain works as well known as it’s Parisian namesake, over the past decade the museum’s curators have amassed an impressive top tier permanent collection of over 300 works that- along with 300 pieces on loan from French Museums- make up an eclectic mix of paintings (including works by DaVinci, Van Gogh, Gaugain and Mondrian) along with significant pieces of Islamic art and culture and modern art.

Art critics have called the collection “hodge podge” but I would say that the mix makes it have something for everyone. And the spacious light-filled galleries are airy and user friendly. 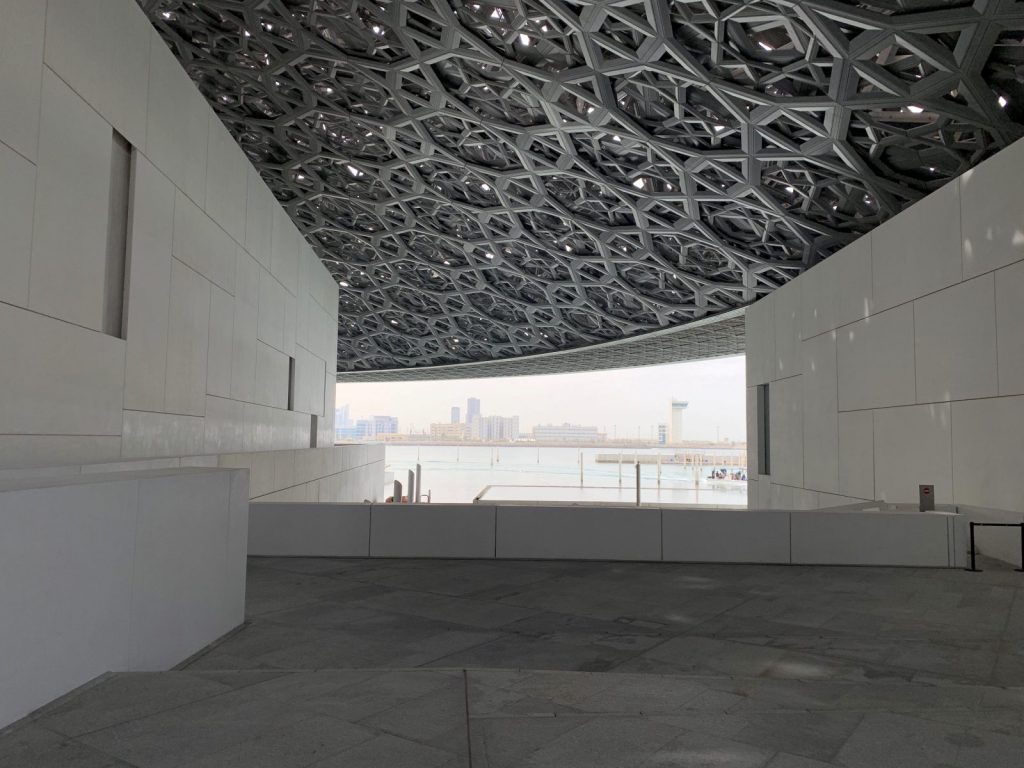 The dome of the Louvre Abu Dhabi

The building itself is wildly impressive and worth visiting for lovers of contemporary architecture. It’s extraordinary and understated at the same time. 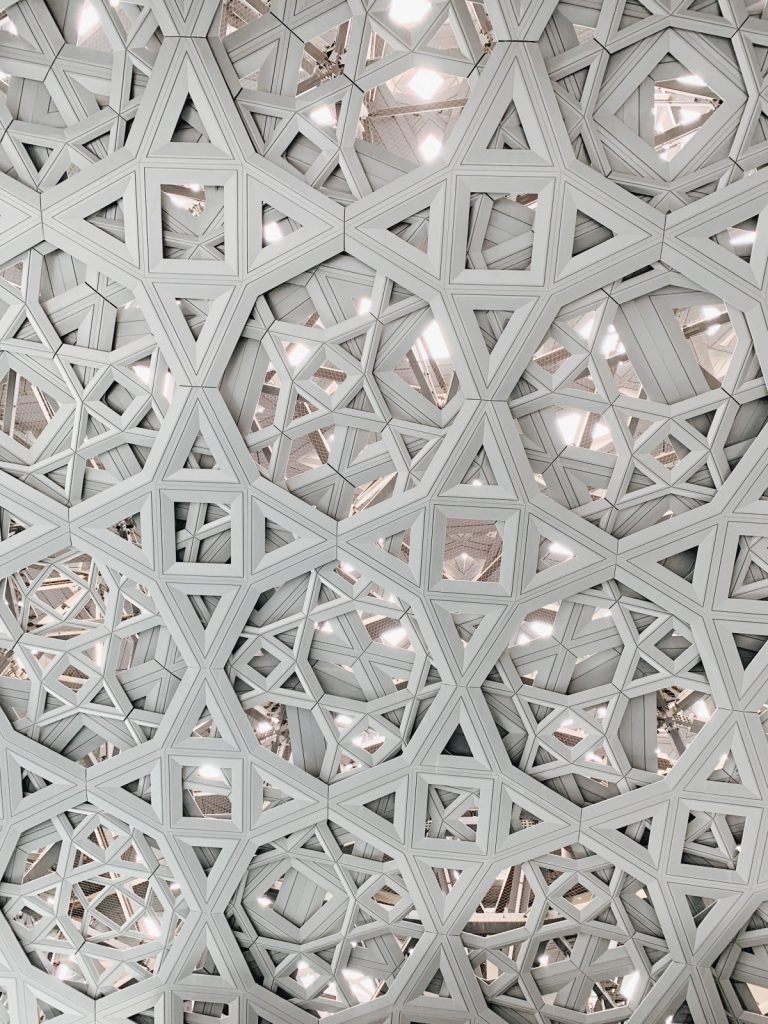 Details in the dome of the Louvre Abu Dhabi

Designed by award-winning French architect Jean Nouvel, the Louvre Abu Dhabi is rumored to have cost over $180 million dollars and opened five years later than originally expected. The focal point is museum’s futuristic dome makes the best of the desert light and is as beautiful as the treasures it houses. 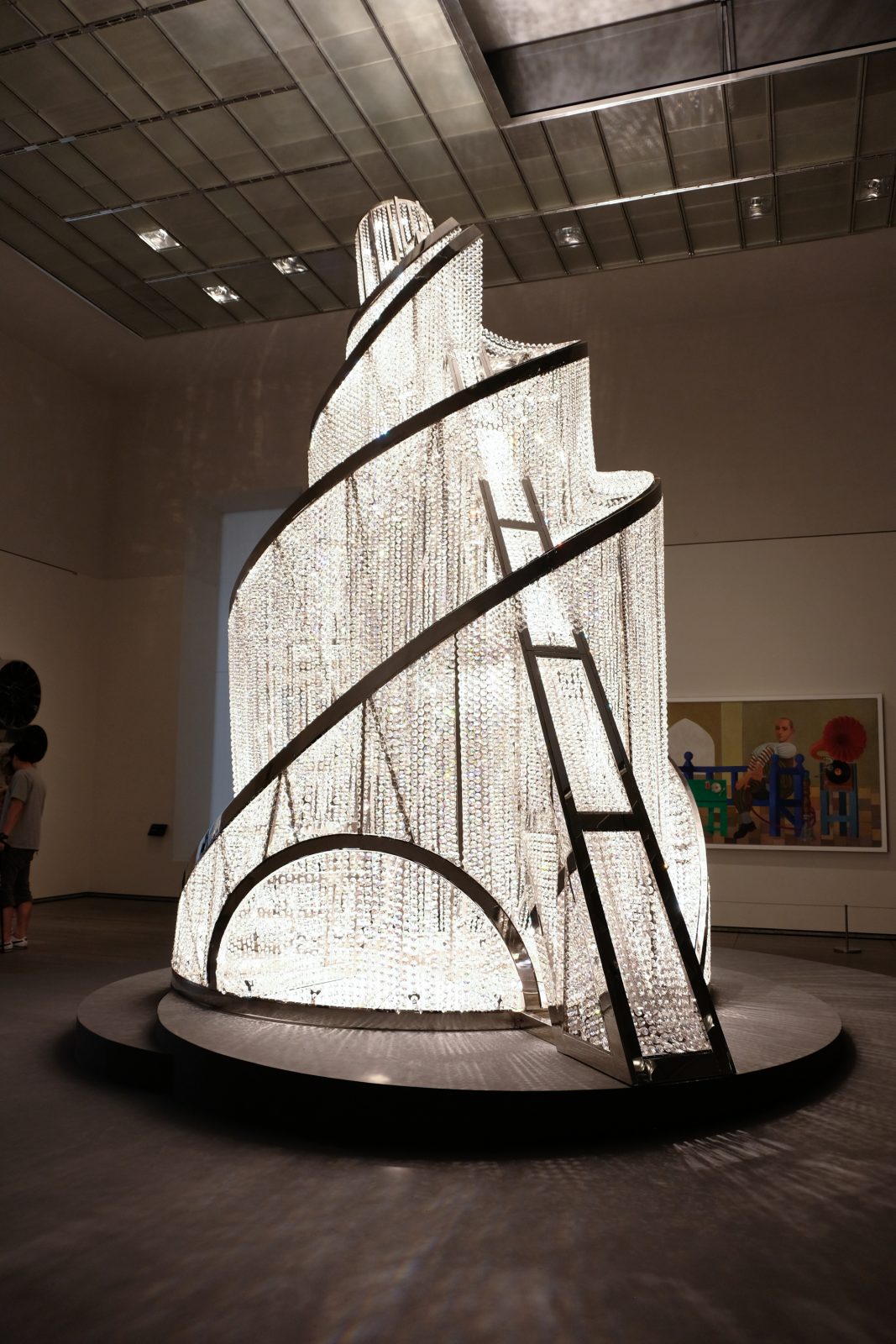 I found the Louvre Abu Dhabi a more approachable size than the expansive Paris museum whose name it has licensed, and the traffic was significantly less hectic, which made for a very pleasant museum-going experience. Because the collection doesn’t have a crown jewel piece, like the shockingly diminutive Mona Lisa, it wildly exceeded my expectations and was my favorite museum experience of 2018. 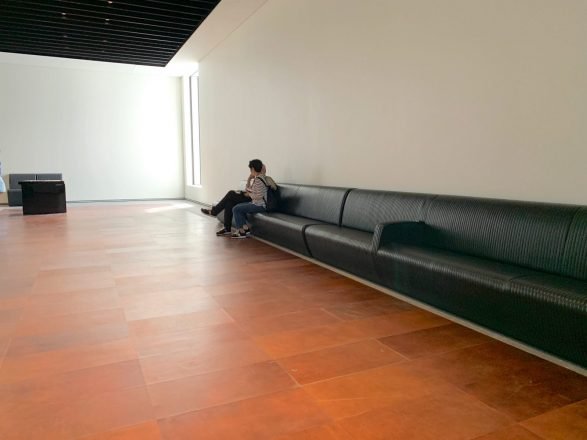 A gallery awash with light at the Louvre Abu Dhabi

Rumor has it the Louvre Abu Dhabi paid the French government over $525 million to use the “Louvre” name. 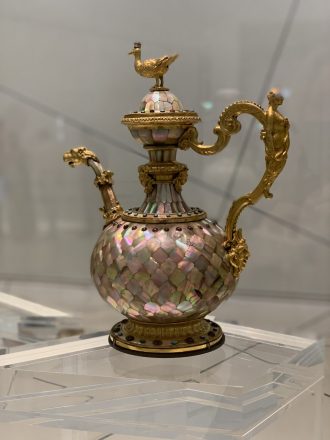 Mother-of-pearl ewer from India, one of the gorgeous objets d’art at the Louvre Abu Dhabi

Visitor can easily spend a few hours (or a few days)  at the museum exploring the galleries filled with Egyptian statues, Buddhas from China and pages from one of the oldest Qurans ever discovered as well as a stellar collection of paintings. 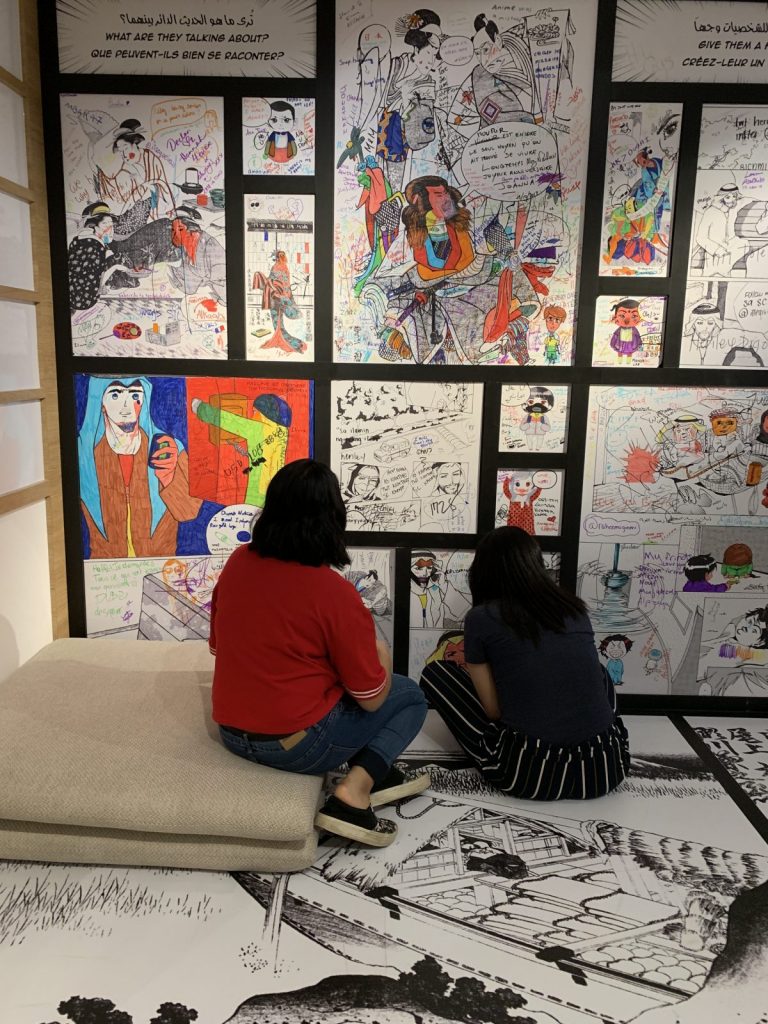 There is self-portrait by Van Gogh, a light sculpture by Ai Weiwei and an interactive Japanese manga lab. 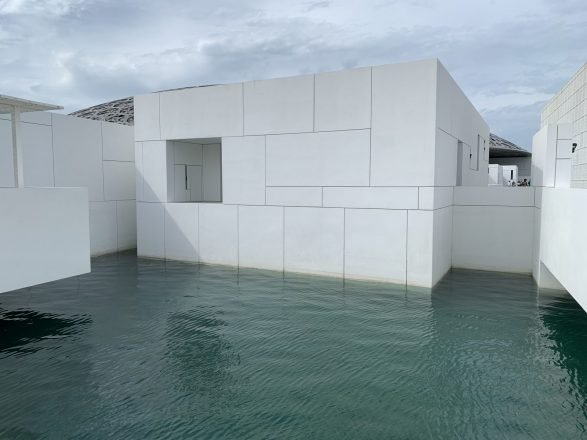 Surrounded by water, the Louvre Abu Dhabi’s architecture is quite magnificent

The museum also has quite a bit of Islamic art and objets, which makes it a nice way to learn about the history, culture and ancient civilizations of the Arabian peninsula and Gulf region. 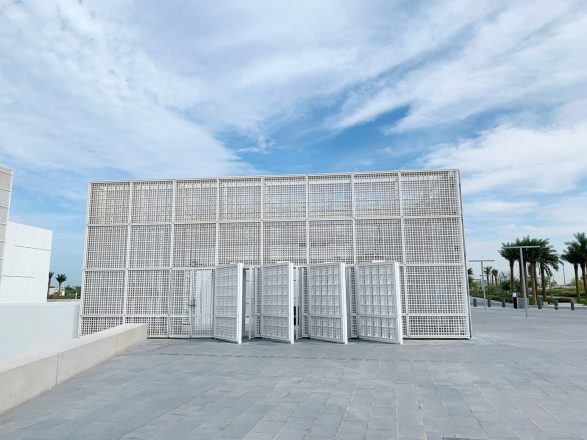 Another lovely angle of the Louvre Abu Dhabi

If you’re visiting Abu Dhabi or even have just a long layover, I’d highly recommend spending a few hours exploring the Louvre Abu Dhabi. It’s well worth the $17 cost of admission.